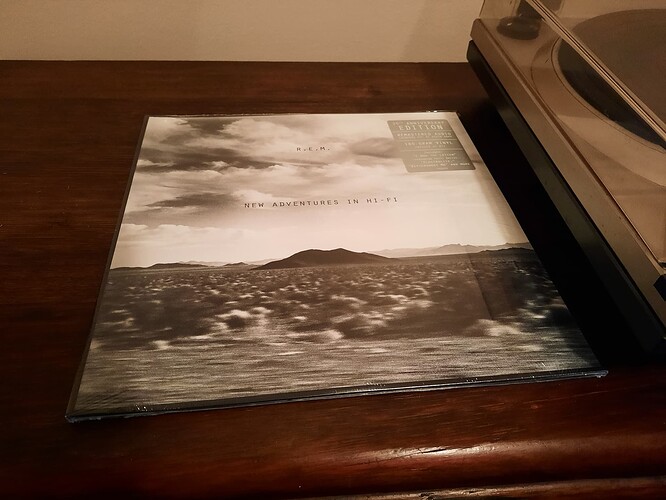 I used to enjoy the record conventions

Man I used to LOVE going to record shows (usually at a holiday inn ballroom)!!!

eBay and online shopping killed all that…

We go to the book fairs in St. Charles and St. Louis

A majority of my collection come from those* and local record stores.

Yup! It was a few years ago but my friend wanted nothing to do with the internet and just loved to hunt for records. When i told him he could get anything from the net… Don’t have a clue nowadays

Maybe I’m in denial but I’ve never really considered myself a collector. The reason I have such a large music collection (vinyl, CD’s, cassettes, and digital) is because I started buying music somewhere around the age of 10. I’ve never really sought albums for their collectibility. I’m guessing the most valuable records in my collection are by R.E.M.: a first pressing of the Hib-Tone single and the fan club singles. I also have Drive-By Truckers’ first single which is much sought after. Years ago, a friend in a local metal band gave me a copy of their lone release, a single on BME Records. A few years ago on FB I noticed several collectors from overseas willing to pay through the nose for it. I believe what makes it so valuable is that only a few copies were pressed and metal heads love anything that was on that label. I ended up selling my copy for $500 but I could have gotten much more for it. The present asking price for it on Discogs is $30,000.
A few years back, someone came up with the phrase Lester Bangs’ basement in reference to the internet, meaning even the rarest of the rare could now be found online even if it was just the ability to listen to it, not own it. I believe it was with that in mind that Peter Buck made his first solo album available on vinyl only through Mississippi Records in Portland. At first, it couldn’t be ordered online, nor did any local record stores have it. I contacted them myself and they sent me an address. I passed this on to a friend that owns a couple record stores. He contacted them and a month or so later, received 5 or 6 copies of the album. My friend told me they don’t use computers, all bookkeeping is done on a legal pad. When he contacted me to let me know the records had arrived, he said Buck had signed them all and that he’d set aside a copy for me. That was the last time I really had to hunt for an album. 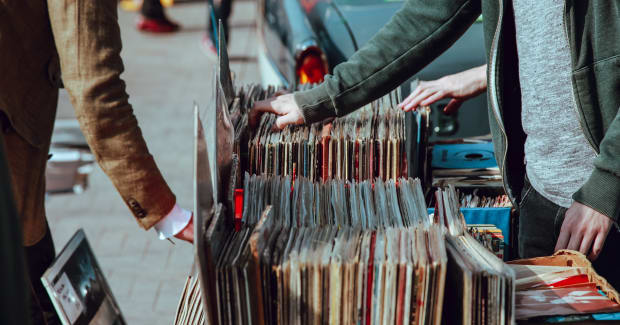 For record collecting the thrill of the hunt is key

To many, the thrill of the hunt is what vinyl collecting is really all about — not the 'collecting,' per se, but the 'finding.'

I used to work for Krause Publications, the former publisher of Goldmine. The assistant editor gave me first dibs at the pick box—the extra CDs no one else had claimed. After I left KP, the assistant editor continued to send me me boxes of CDs she thought I’d like. If I didn’t want them, I’d pass them on to friends.

Anyway, as someone who was in the hobby publishing and a former price guide editor (I worked mainly with toys), collecting is always about the hunt. Always.

One thing I learned when working in radio is you always accepted promo CD’s from the Program Director even if you weren’t a fan of the artist. They were like currency at the local pawn shops.

“In 1978, vinyl records were more expensive than any other time since the RIAA began tracking sales in 1973. That year, the average retail sale price of a vinyl EP/LP was $7.32 – equal to $30.18 in today’s dollars when adjusted for inflation. That was the second-highest vinyl sales year in U.S. history at 341.3 million units, behind 1977’s tally of 344 million.” 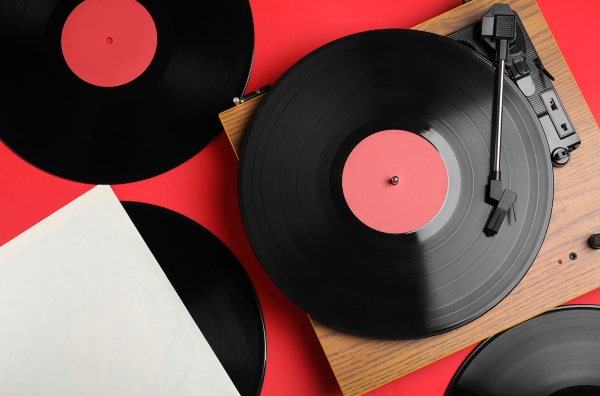 Vinyl Prices Might Seem High Today, But They Were Worse in 1978

After vinyl album sales peaked in 1977, prices reached a zenith the following year — $30.18 in today’s dollars when adjusted for inflation.

The most I’ve ever paid is $100 for a first pressing of “Radio Free Europe” on the Hib-Tone label. The person I purchased it from said she only played it once which was to record it and the b-side to a cassette. I stopped getting up early for Record Store Day the year R.E.M. Unplugged was released and was being sold for $100. The main reason was because I was afraid if I went and there were still some copies left, I would have purchased it, which I couldn’t afford at the time. Since vinyl has come back I believe the most I’ve paid for a new album is around $30 but it was a 2 LP set.

The most that I ever paid for a single vinyl purchase was $100 (after shipping) for an original UK pressing of my all-time favorite album, The Cure - Seventeen Seconds. 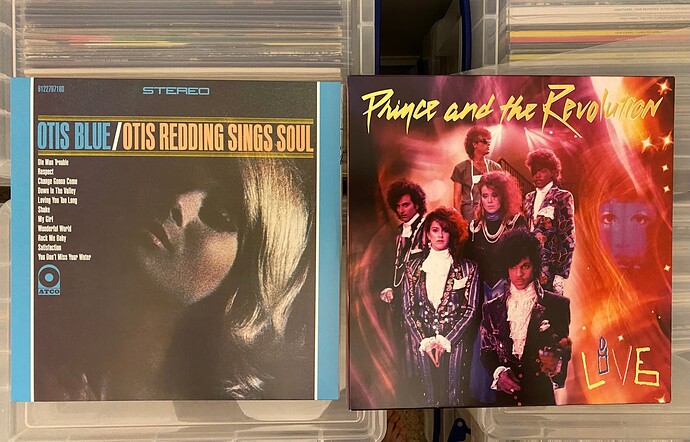