Who were we back then?

Who were you way back when? Well, I was Ethan. I ran the site, starting when I was 17 years old. I shut it down one evening in 2014 for a long list of reasons that aren’t important right now.

Where am I now? I have two kids, Eli (12) and Ada (8). I live in the way northwest corner of Los Angeles with my wife Amy, our cat Spencer and dog Nova.

I run the digital side of the guitar company Fender.

Here’s the kids and Amy. 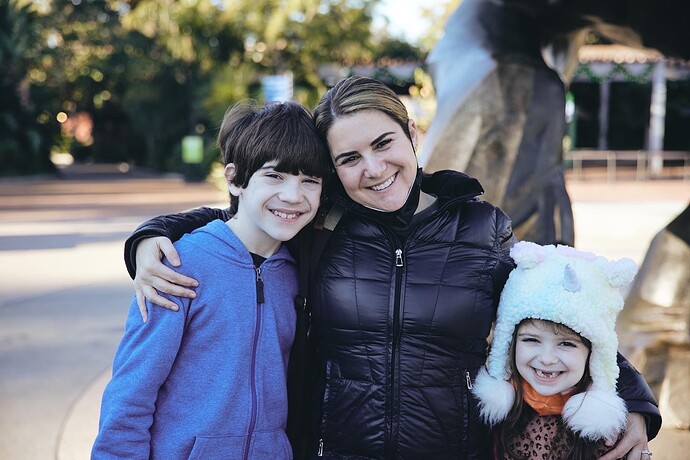 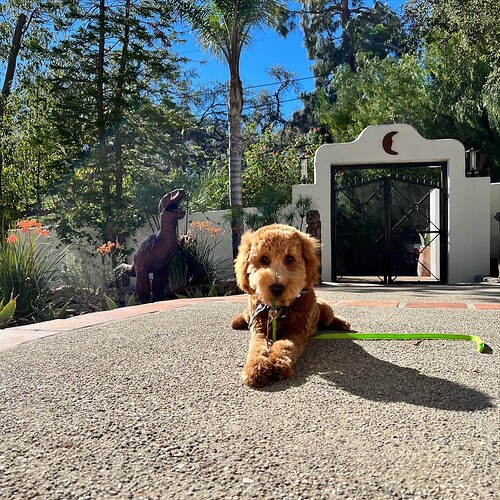 I was living in the middle of nowhere Wisconsin. I was….28 or so when I joined (in 1998?). During the time I was here, I went to grad school, started a new career, moved a couple of times.

I met some good people and good friends here. Some of them are still in my life and I wouldn’t be who I am now without them.

Ethan, didn’t you meet Amy through Murmurs??
I remember being so happy for you!

Sort of. I met her through someone I met on Murmurs who was dating Mike at the time.

I missed the last time around. Happy to join in. Cheers from your Swede living in Minnesota.

Was and am Drew, then in Chicago / now in Buffalo. Mastered a few records in between while celebrating my 15th anniversary at GEICO last week.

Why hello, newbie! Good to have you here!

I was Pebbles, still am! I’m Claire. Back then I was in my early 20’s, single in Winnipeg and figuring out so much. I learned so much from Murmurs and the people there. I was a Host of News, Politics and Current Events, and I feel like that was career training for me.

I’m a nurse, and for 6 years recently I was a Charge Nurse/ Clinical Resource Nurse in my department. I still have Ethan’s Hosting Manual saved somewhere, and it’s probably pretty much a prep for that job I had. I’ve gone back to just being a regular bedside nurse due to stress and feeling happier.

I’m happily married (second marriage because the first was a jerk), no kids, we have 2 cats.
I’ve listened to a lot of REM (and others) in my pandemic coping. And I did miss our Murmurs community.

Nurses are super heroes. Thanks for all you do! I’ll have to dig up that hosting manual again.

Found it! Thank you

Not sure why I added 2.0 to my name, the original was still available, but hey…

Joined here originally in late 2000, made some of my best friends here, have tons of great memories of our feak meets and well, as some will remember, this place helped me through the lowest point of my life. I’ll forever be grateful for that and am still amazed that even during the long exile out there on FB we’ve still always managed to come back together as a community when it mattered. This place has always been special and it’s great to have it back.

Met so many lovely people through Murmurs. Since it closed I’ve been orphaned, moved twice, and diagnosed with autism!

So funny the user names you remember and yours was one!

I remembered yours, too.

I was Mary then, and I’m still Mary! 1998 Mary was in her 2nd year of college in Duluth, MN - I moved to Montana after that, and have been back in northern WI for…good grief, it’s been almost 17 years.

Astrid, my loveeeeeeee. When Peter and Scott come to LA, I always try to come see them. Anytime I see Peter, i swear I think of you

I think I was Preston, my real name. I’m Parakeet, now, and if that was someone else’s handle, holler and we can sort that out to your liking.

I was a bit of a lurker, though I did engage with some regularity and even made real world friends through the Murmurs of yore.

I am who I was but also so different, mostly from finding magic (and sometimes heartbreak) in life thus far, sometimes when expected, more often when not. Still Dad to two daughters who are now a few years out of college, one here in Raleigh, one in LA. Still husband to a patient best friend.

I am very active on Facebook and don’t particularly care that I am the product. I have connected with people from the earliest parts of my life through social media in ways I likely never would have, including leading up to in person reunions. Sure, people reveal what they want others to see, but I find social media can also allow for unique opportunities for authenticity free of some social constraints. Damn, that sounds strange and even concerning

It’s not. But I am a good bit more myself online with colleagues who aren’t my closest friends, with members of my church where we only experience each other doing churchy stuff, etc. And once that formality is breached, we are better able to bloom in person (or avoid the hell out of each other).

I am glad to have this community back apart from social media’s own unique constraints and flaws. I first saw R.E.M. in 1983 at the age of 16, as did my wife (same show; we didn’t meet until a few months later, and we started dating less than 2 years later, which, to then 18 year olds seemed like decades), and Murmurs enriched the experience of being a fan of whom I begrudgingly confess as my favorite band (I struggle with “favorites” in music), and I am extremely thankful for that.

Then it was maybe 2000 or 2001 when I stumbled upon this place. Though, I was a fan for much longer. So many great discussions, and honestly, most of them were not REM related but based around this little community that was built.
In 2000 I was a stay at home mom of an amazing son. Didn’t have much else going on at the time. Got divorced in 2005 and went back to working in Advertising. Had a lot of ups and downs since then. My son is now 26, grown and married. I was laid off after working for newspapers for 20 years.

Today, I am a cancer survivor. I sell furniture, not as exciting as advertising, but I enjoy it. I have since taken up to competitive pinball playing. I play in a lot of leagues and tournaments. It’s a lot of fun!

hello, my dearest “feaks”. I am Karina, was filmdrivergirl8 back then, and still am!. I am from Maracaibo, Venezuela and now I live with my husband and our cat, Sam the cat, in Los Angeles. Been living here since 2012, I got my degree on Brodcasting with a major on tv, film and radio production. Completed 9 semesters on my graphic design major and couldn’t complete (something really bad happened around that time). Met my husband in LA, whitest man in SoCal that now speaks almost Native Spanish and asks for Venezuelan food all the time (he also depletes my Venezuelan snacks all the time and my heart just explodes from love)
Working on my interior design degree from UCLA right now and trying to figure out how to get into production design. I met one of my best friends on this site and just texted him with the news. Feels so good to be back