On this day 10 June 1985
R.E.M. released their 3rd studio album on I.R.S. records. Fables Of The Reconstruction.
Life And How To Live It (my fav)

From this day in 2008, my second to last time seeing R.E.M. in concert. The first was in 1986. The last was later in June in Atlanta. Of those two, I preferred this one, despite the sweltering heat. For this one in Raleigh, NC, I had a front row seat thanks to the fan club, my third overall. For the Atlanta show, I was in the pit. It started out ok but as the night progressed, it became even more crowded. So much so that you couldn’t lift your arms from your side. I understand in other areas of the pit there was more freedom of movement.
Back to Raleigh, they pulled out all the stops on this night, including opening with “Harbor Coat” and digging deep for the likes of “1,000,000,” the only time I ever heard them perform anything from Chronic Town in concert. I have no idea if they had already entertained the idea of this being their last tour but in retrospect, I wouldn’t be surprised if they had. Over the years, they always seem to reserve some special moments for us from performing “Camera” in 1999 to Bill appearing onstage with them for the first time since leaving the band in 2003. For this moment, they brought out Mitch Easter and Don Dixon to sit in on “Sitting Still.” 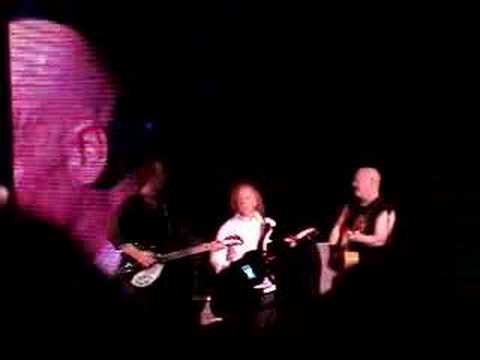 On this day 13 June
From the R.E.M. Timeline

2008 - Comcast Center For The Performing Arts, Mansfield, MA
support: The National, Modest Mouse
set: Living Well Is The Best Revenge / Begin The Begin / What’s The Frequency, Kenneth? / Circus Envy / Man-Sized Wreath / West Of The Fields / Ignoreland / Departure / Cuyahoga / Hollow Man / Driver 8 / Houston / Electrolite / Maps And Legends / Horse To Water / The One I Love / I’ve Been High / Let Me In / Bad Day / Get Up / Orange Crush / I’m Gonna DJ
encore: Supernatural Superserious / Losing My Religion / (Don’t Go Back To) Rockville / Fall On Me / Pretty Persuasion / Man On The Moon
notes: Johnny Marr guests on guitar on ‘Fall On Me’, ‘Pretty Persuasion’ & ‘Man On The Moon’.

Ignoreland , Departure (This is a fan video, it cuts off at the end) The audience member singing along made me smile. 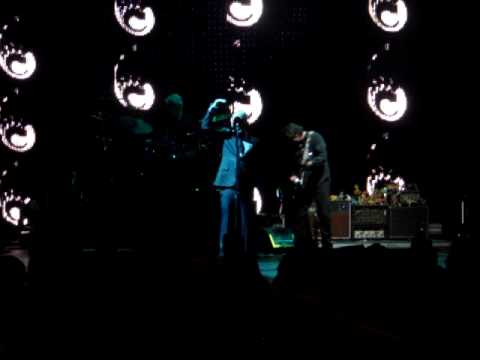 One this day 14 June
From the R.E.M. Timeline 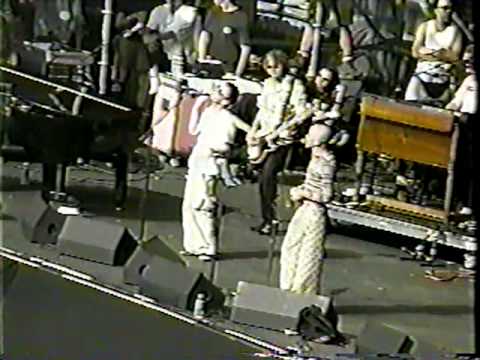 I saw R.E.M. only once in 2005 Around The Sun tour. and I wanted to see them live again but never did. . I’m enjoying going back to the gigs & moments I missed.

Filmed on this day in 1984 for the MTV series I.R.S. Records Presents The Cutting Edge. This segment featuring R.E.M. was first broadcast on July 29th of the same year. Other songs were performed but not all of them were included as part of the broadcast. Four of the nine songs performed were included on the When the Light is Mine DVD in 2006. Six of them were included on the REMTV DVD that came out in 2014. It has been said “Wendell Gee” was written on this day and that “Driver 8” was worked out shortly before filming the segment.

Per the R.E.M. Timeline, these are all of the songs that were performed. I really love the live version of Time After Time (Annelise) on I.R.S Complete Rarities.

Set: Pop Song 89/These Days / Turn You Inside-Out / Maps And Legends / Be All That You Can Be - Orange Crush / Disturbance At The Heron House / Feeling Gravitys Pull / With The People - King Of Birds - Letter Never Sent - With The People / Sitting Still / We Live As We Dream, Alone - World Leader Pretend / Begin The Begin / Underneath The Bunker / Pretty Persuasion / Get Up / Life And How To Live It / It’s The End Of The World As We Know It (And I Feel Fine)
encore 1: Stand / Crazy / Fall On Me / You Are The Everything
encore 2: Harpers / Ghost Rider - Born To Run - Ghost Rider / Finest Worksong / Perfect Circle / After Hours

These Days, Turn You Inside Out If you mean the “Time After Time, etc.” medley, so do I. However, on the 25th anniversary edition of Document they edited out the brief bit of “Red Rain.” Thankfully, I have the original unedited version on vinyl. I believe it’s on YouTube as well.

Yes the version with “Red Rain” It’s beautiful, I have it on CD, the I.R.S. rarities collection On this day in 1984, R.E.M. performed “Sitting Still,” “Radio Free Europe” and “Little America” at the Palace Theater in Hollywood, California for Showtime’s Rock of the 80s. Jason and the Scorchers, Nona Hendryx and Simple Minds also performed. It aired on August 24th of that year. 1995 - Knickerbocker Arena, Albany, NY
Support: Luscious Jackson
Set: What’s The Frequency, Kenneth? / I Took Your Name / Drive / Try Not To Breathe / Crush With Eyeliner / Bang And Blame / Undertow / Welcome To The Occupation / Circus Envy / Strange Currencies / Revolution / I Don’t Sleep, I Dream / Tongue / Man On The Moon / Country Feedback / Half A World Away / Losing My Religion / Pop Song 89 / Get Up / Star 69
Encore: Let Me In / Everybody Hurts / Finest Worksong / Departure / It’s The End Of The World As We Know It (And I Feel Fine)
Notes: The live portion of the video for ‘Tongue’ was filmed at this show.

On this day 21 June
From the R.E.M. Timeline

My last R.E.M. show. My fan club seats were in the pit. After a while, it became so crowded I could hardly move, at least where I was (which was towards the back). I knew once I left that area to make a trip to the restroom, I wouldn’t be allowed back in due to the overcrowding. Quite frankly, I didn’t want to go back in because of how crowded it was. When walking along the concourse a security guard who was evidently in pursue of someone, jumped off the lawn and landed directly on my foot.
After that, I hobbled up to the top of the lawn just in time for “Electrolite” when Stipe told everyone to hold their cellphones in the air to mimic the the city lights of Los Angeles. That was one of several of my favorite moments from the concert. The others were some friends turning around to sing “Driver Nate” to me during “Driver 8” and “Time After Time (Annelise)” as we had visited the water tower that’s supposedly mentioned in the song in Athens earlier in the day. Over all, the concert I saw in Raleigh a few days before this is a much more pleasant memory. I had front row seats for that one (which included actual seats) and no overcrowding.

When I saw R,E.M. in 2005, the tickets were all seated. People got up during the show & danced standing near their seats. Some from the back came to the front. I was in second row.

This is the only concert I’ve attended where there was a pit. My understanding is that some of some of the Modest Mouse fans Photoshopped tickets to say “pit” to gain access, which is why it was overcrowded. For some, it evidently wasn’t an issue but for those in my area (towards the back) it most certainly was.