These are great! It’s funny that Gardening at Night has a Coldplay vibe to it when played on the piano. I know I dis them, but that’s because their first two albums were great, they kinda fizzled after that…to me. That doesn’t mean others can’t like them though.

The vocals have a Drugstore sound, whereas, the instrumentals are more of a Radiohead-esuque sound. I really like these. Kudos to the band.

P.S. I do wish Drugstore would have continued to become popular, but music charts and what is popular, can be brutal.

cool comparison, and thank you for listening! This is from our bands 2018 album. Its in Estonian, the song name means “Life in Beige” or “A Beige Life” (i think) and its about that short period of time in early springtime between snow going and green grass coming. Im singing, playing bass (Rickenbacker 4003) and a Gretsch acoustic guitar. Our drummer cut the video just to have something as visual background.

I had an Estonian “online girlfriend” once (if that’s truly a thing, which I kinda don’t count). She lived in Harumaa and liked good music. She introduced me to Vennaskond’s “Insener Garini Hüperboloid” and I still keep it around and listen to from time to time. I started writing a song about her once, but it changed completely in terms of its muse and theme and everything, thankfully, and is almost finished, but I never got to write it properly in MIDI. 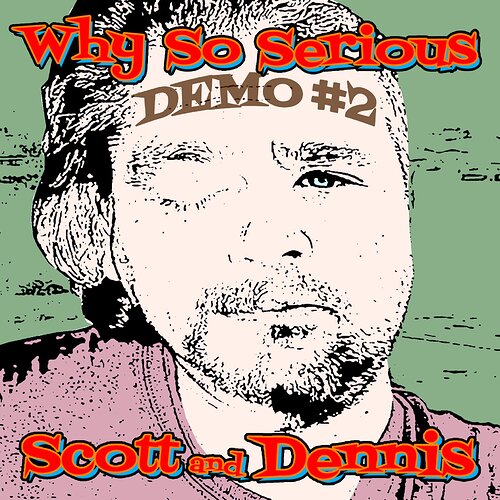 This is from our bands 2018 album. Its in Estonian, the song name means “Life in Beige” or “A Beige Life” (i think) and its about that short period of time in early springtime between snow going and green grass coming. Im singing, playing bass (Rickenbacker 4003) and a Gretsch acoustic guitar. Our drummer cut the video just to have something as visual background.

Great song! I don’t care that I don’t understand the language, the vocals become another instrument. Influenced by 90s alt rock bands (and of course R.E.M.) I’ve been writing songs since I was 16. They skew towards more aggressive side–Nirvana mixed with R.E.M, but the truth is I have no objectivity.

I was using the R.E.M. covers project to “distract” myself from the VERY hard work of recording my own songs. It’s easier to sing an R.E.M. song than it is to build your own from the ground up (based off an old demo). But in 2019 I finally did just that: I gave up on the R.E.M. covers game (because I was hating myself) and instead began working full time on Owenshire (2.0–that is, taking my bass/vocal demos and making them actual songs). It takes SO LONG to do this, and then I make all the videos too!

I don’t really expect anyone to give two shits about my original songs, but for what it’s worth–this is the ‘real’ me: a guy with something like 70+ alt rock songs, who is re-recording them properly. Here are two if you care, the former being an R.E.M meets TOOL kind of thing, and the latter being harder to classify–The White Stripes maybe? Just started a new REM cover band in Manchester UK. The others are mainly just friends filling in as a favour so if any real REM fans of here wanna join get in touch!

Wait, so Clive Butler was the instrument parts of Owenshire’s R.E.M. covers?? I’ve known the guy for a few years now (on FB) and never knew that! I still have some of your stuff stored in my external drive, especially those weirder tracks (like “Ha! We get paid for it”). I like those a lot.

I’ve just listened to your two original songs and I quite like them and the production.

Thanks so much. I do all the production and instruments myself for my originals. I’ve learned a lot over the years. I used the owenshire “brand” (if you will) to encompass the R.E.M. covers project, but, yes, Clive Butler–who is an amazing guitarist/songwriter in his own right–was always the multi-instrumentalist for the covers. I’m just the singer. Clive is currently posting more of his original songs too, AND re-doing some of his R.E.M. covers, adding more layers. He even sings on a few now–I had to encourage him to do that.

Yeah, I did the same when he started posting his own work. I even sang on a couple of instrumentals and sent back to him, but I had to record it on my phone. Both of you are pretty gifted. Congratulations! Wondering what Ignoreland would sound like, if it was on Monster. I’m planning on reworking this on guitar and keyboard and also Novation launch pad. This is just getting the feel of it.

I can’t believe it’s taken me this long to join this site. Truth be told I didn’t know murmurs was back up and running. A brief introduction, I am Clive and at the start of lockdown I set up a YouTube channel and started posting R.E.M. instrumental covers, then I started writing my own backing tracks, then I plucked up the courage to start doing my own vocals then I had a go at singing Hairshirt and discovered I actually do a half decent Michael Stipe vocal. So here we are nearly a year later and I’m on my 15th R.E.M. cover and also (coincidentally) my 15th original song with vocals.

Feel free to subscribe. I am a huge R.E.M. fan, always have been and, though it sounds sad, by doing these covers and sharing them with other fans I feel like I’m doing my part to keep the spirit if R.E.M. alive.

Thank you in advance.

Not to mention hard-working musician Clive above was half of the duo Owenshire and I never knew that when we started talking on FB years ago. Welcome here, Clive! Your covers and originals are brilliant and I’ve always said that so you know that.