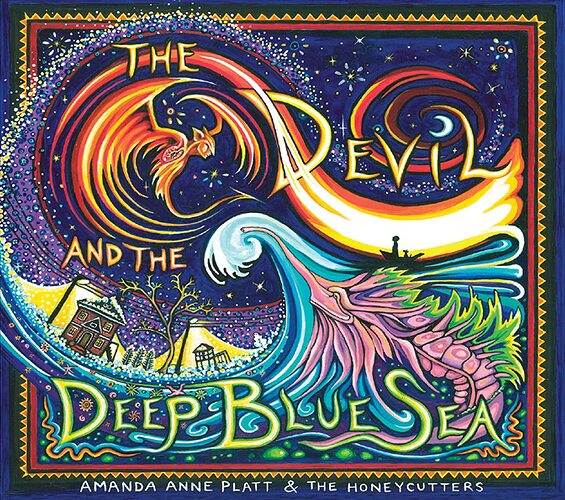 91HOXIDMECL.SL15001500×1326 470 KB
I’ve been a fan of this band for quite some time and had high hopes for this new double album. Unfortunately, every song is slow to mid-tempo. The songs themselves aren’t bad by any stretch but with the pace hardly changing from song to song it doesn’t make for very dynamic listening. 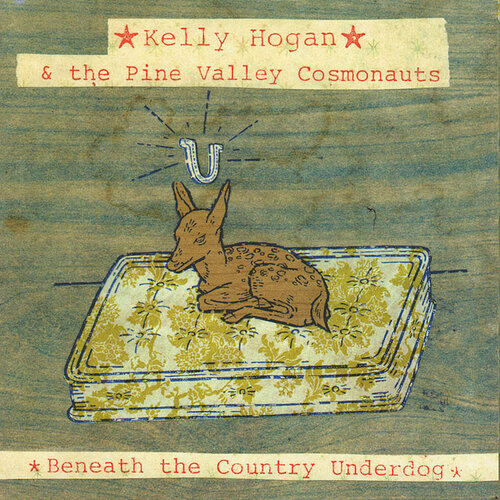 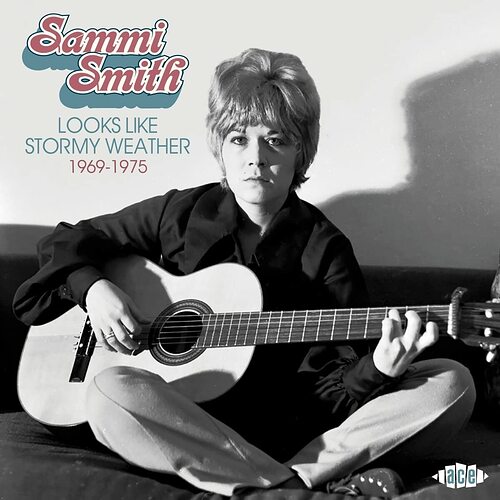 Though I’d likely heard Sammi Smith before, it was the inclusion of “This Room for Rent” on the 2005 Oxford American Southern Music Sampler that piqued my interest in her. I’ve been meaning to dig deeper, then I learned of this newly released compilation on Ace Records. A further incentive to take the plunge are two previously unreleased Guy Clark covers (“Desperadoes Waiting for A Train” and “Texas 1947”). 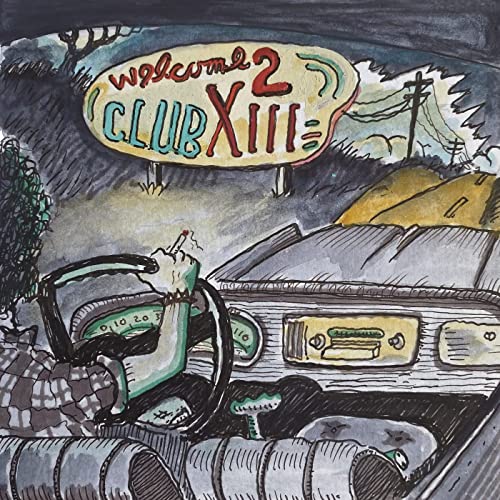 Two listens in some favorites are starting to emerge. The first was “The Driver” which opens the album. Now, it’s “Wilder Days,” which closes it. 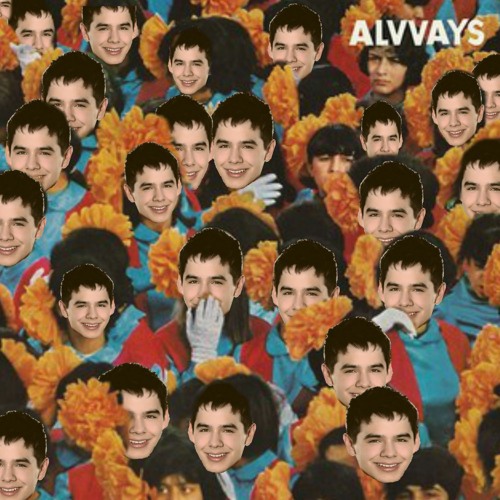 “Archie, Marry Me” from this album is what first led me down the Alvvays rabbit hole sometime last fall. It was quickly followed by “Next of Kin” (also from this album). I have been binged on all of their music since then but this is only the second time I’ve listened to this album as a whole. I can see this soon becoming one of my all time favorites of recent years. They just announced a tour but unfortunately, the show closest to me is clear on the other side of the state. 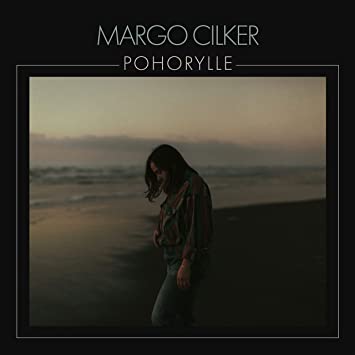 Of all of my recent purchases, this is neck and neck for my favorite with Welcome 2 Club XIII. I had only heard two or three songs prior to purchasing this album, all of which I loved. However, that was no indication that I would love the rest of the album just as much (if not more) than those songs. Much to my delight that is exactly what’s happened. This, after only two listens. 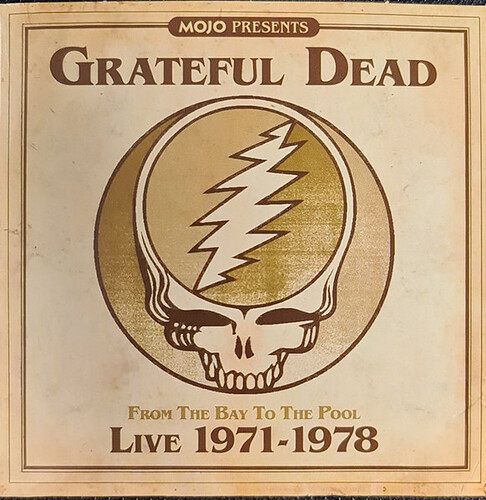 I’ve only listened to the Margo Cilker once, but I liked it. Will revisit. I’ve finally succumbed to Spotify. In my free trial phase, so I’m trying to listen to as much as I can before the adverts kick in…

Recently I’ve enjoyed some Julien Baker, and I’ve been catching up on some of the King Creosote back catalogue. 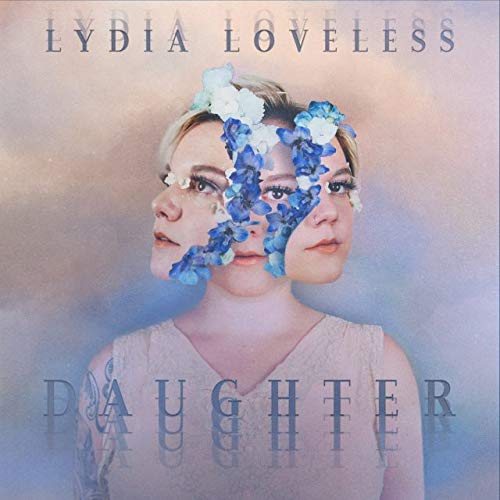 Only my second listen since I picked this up back in the beginning of May. I have no problem whatsoever with the more pop direction Lydia has headed in with her two most recent albums but I’d also be lying if I said I don’t also miss the more rocking nature of Somewhere Else and Boy Crazy (EP). At this point I’ve seen her more solo (and in duo format) than with a full band, which I also miss. Not that I haven’t enjoyed the solo and duo shows, I most certainly have. 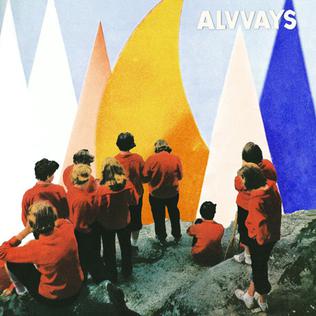 I didn’t dislike this on first listen it was just that I wasn’t as into it as their debut. I’m definitely enjoying it more the second time around.

The Icelandic darkwave band, Kælan Mikla, is playing here in Atlanta on November 5 at a tiny venue. I can’t wait.
i discovered them because they are on the same record label as ACTORS. 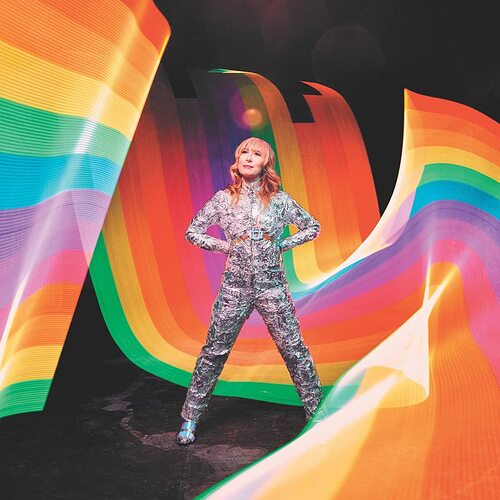 Second listen. This is also fast becoming one of my favorites of my recent purchases. I’m looking forward to hearing more by them.

Love this album. I also love the film of the same name, that it soundtracks.

(Maddeningly, the best song from the film is not on the soundtrack!)

King Creosote is performing it live in Glasgow in August. Can’t make it unfortunately. Would have loved to have seen that. 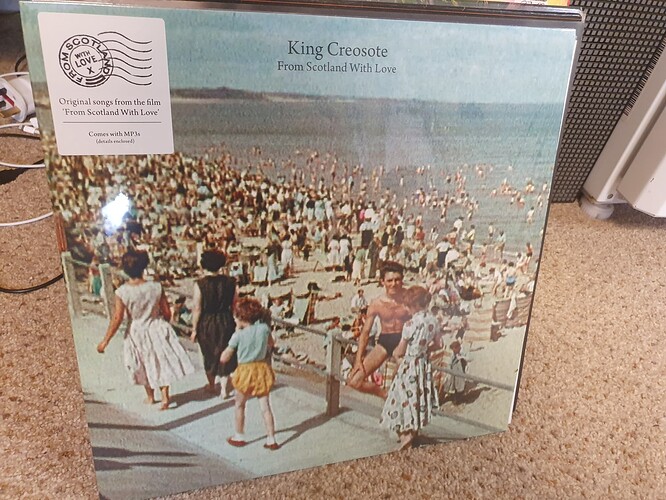 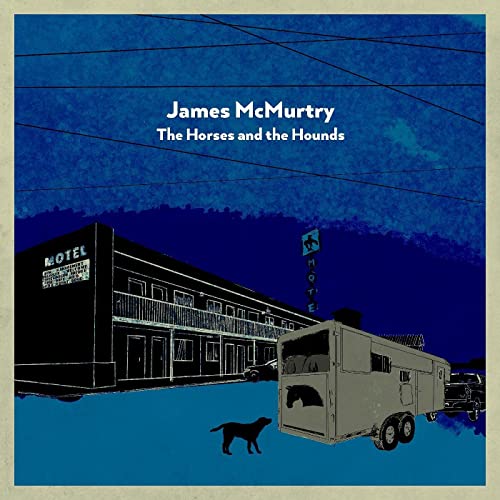 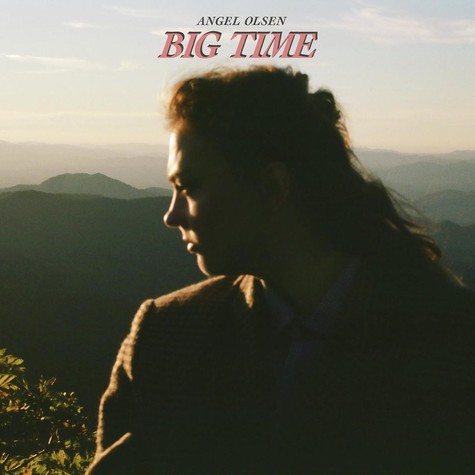 It’s not like I enjoy country-tinged music only but if this had more of the twang of the first two or three songs I’d probably be more into it. As stands, it’s striking me as more of a late night/Sunday morning record that’s best suited for a mellow mood. 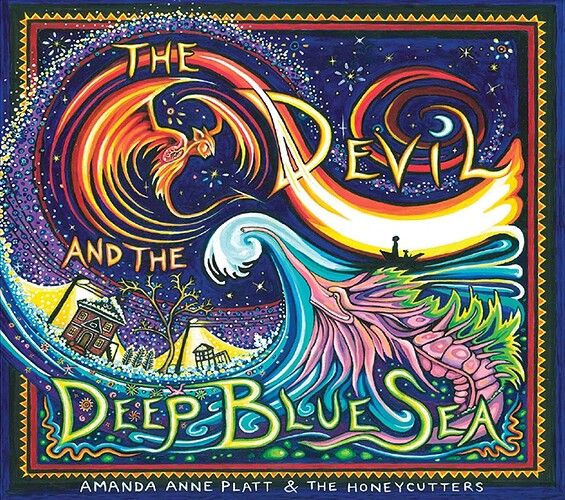 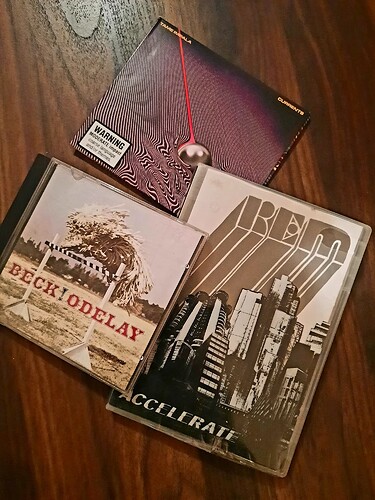 currently listening1500×2000 364 KB
After reliving live vids of R.E.M. Live at the Olympia, I wanted to hear Accelerate again. Some of the songs ring true with me right now, how the world is today, & how one feels living in it.
Tame Impala is my favorite chill music, I’m listening to Currents this week.
Beck - Odelay, one of my fav records of the 90’s and one that I enjoy going back to, every time.
1 Like
DriverNate July 12, 2022, 1:13pm #174

61rDZY-LeEL.SL12001200×1200 100 KB
After hearing “This Room for Rent” on the 2005 Oxford American Southern Music sampler compilation I’m sure I was going to get around to picking up some Sammi Smith at one time or another. As it turns out, what prompted me to finally make good on that was the inclusion of two Guy Clark covers (“Desperadoes Waiting for A Train,” “Texas 1947”) on this compilation. Two listens in, I can say they’re among my least favorite songs on the comp. They’re not bad by any stretch. It has way more to do with me favoring Guy singing his own songs. 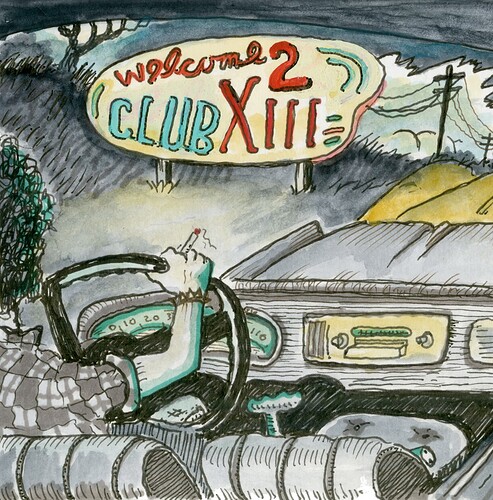 DBT_ClubXIII_cover1400×1418 292 KB
Three listens in I’m reminded of someone recently saying they’re on the fence about it because they find it so depressing. Yes, there’s some sad songs on it but it’s not like that’s something new when it comes to the Truckers. It’s always been part of the landscape when it comes to their music which is likely why I’ve never paid it much mind. 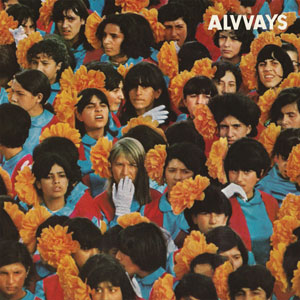 I’ve just revisited all of McCartney’s post-Beatles career. Found a torrent with his whole discography in FLAC by chance and decided to accept the challenge. For a little over a month, I listened to everything until 2001’s Driving Rain and compiled an “Essential McCartney” package for my own enjoyment. The more recent stuff I just skimmed and recognized maybe a couple of songs, but I don’t think it’s got the same appeal as the older stuff. My compilation turned out to be 47 songs with, well, the really essential stuff I already knew, mostly, and maybe a handful of new tracks. Felt like a good project during this time. 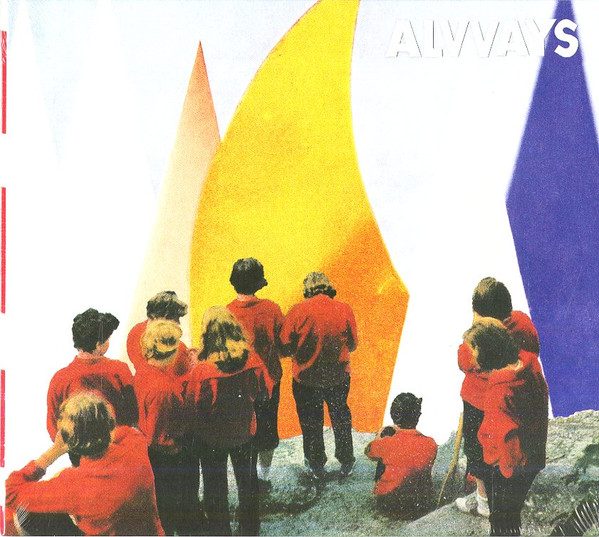 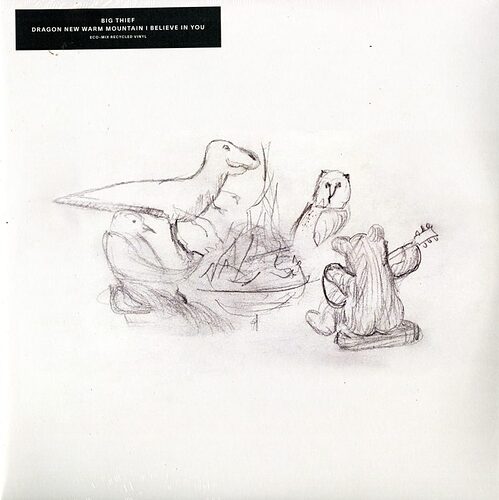 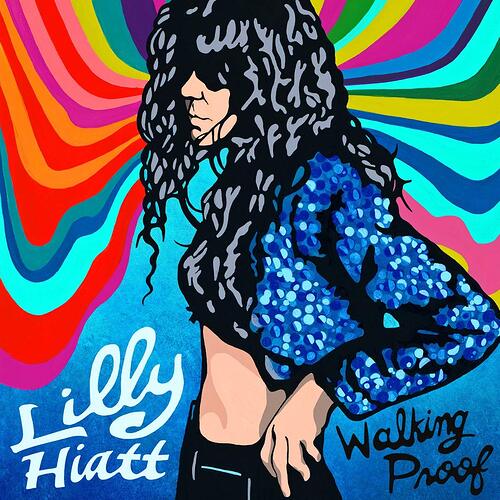 I would love to purchase Lilly’s newest album (Lately) but unfortunately she has no plans to release it on CD which is my option for listening at the moment.

Tame Impala is so good.

I’ve been a fan since Innerspeaker. Going to see them live come October!

I saw him on Stephen Colbert.