Anyone hear of any recent recording activity?

I’ve found their albums to be pretty spotty since they started dBpm records. It seems like those albums have been dominated by Tweedy acoustic numbers with sparse arrangements, with occasional fuller-sounding songs (e.g. Someone to Lose, Everyone Hides).

Not sure of a new album. The latest news seems to be the Yankee Hotel Foxtrot 20th anniversary shows. I haven’t been enamored by some of the more recent records beginning with Star Wars. I’ve heard a couple songs from Ode to Joy but neither were enough to compel to go out and purchase the record.

I really liked Star Wars. It was a surprise release, hit all the good things I like about Wilco, and it was fun. Schmilco and Ode to Joy did absolutely nothing for me. One of my best friends floated the idea of meeting up on NYC for one of the YHF shows. We’ll see if that happens…

I’ve liked all their albums to varying degrees, though none have really grabbed me hard for a while now.

I have no interest in a YHF anniversary show with a completely different band than the one who recorded and toured that album. With Jay Bennett being such a big part of that era of Wilco it almost seems disrespectful to his memory.

Was a huge Wilco fan for a long time. Wilco the album was the point where I started to lose a bit of interest.

Saw them live for the first time when they were touring Whole Love and it was probably the most disappointed I’ve ever been at a gig. Couldn’t fault the musicianship - they are seriously talented musicians. But there was no audience interaction whatsoever. I mean, none. I might as well have been listening to the album at home.

Maybe it was a bad night. Dunno. Still listen to the earlier stuff regularly. YHF is a seminal album. Being There is amazing. All the albums before Wilco are.

But that gig kinda ruined them for me. It just seemed very sterile. Felt like they didn’t really want to be there.

Full disclosure: if anyone’s seen the Mermaid Avenue documentary, I’m on Billy Bragg’s side. Tweedy just seems like a bit of a mardy bugger to me. That doesn’t help with endearing him to me. (Bet he’s gutted.) Loved him in Parks and Rec though…

? Mardy bugger? Does that mean whiny?

I still love Wilco, and think they are still great live, but hard to argue with a drop-off at Wilco the Album. In particular the last two have not resonated. But up through Sky Blue Sky is untouchable.

It’s such a shame to have Nels Cline relegated to the equivalent of occasional guitar tweets after the great stuff he contributed during the Sky Blue Sky era.

Mardy = grumpy. Going by his demeanour when I saw them live, and the YHF and Mermaid Avenue documentaries.

Great songwriter though. But yeah, there was a drop off after Sky Blue Sky. Mind you, when people say R.E.M. dropped off after “insert album name here”, I get a bit annoyed! So who knows? It’s all just opinion.

I’m glad they’re still out there doing their thing. The earlier stuff, Mermaid Avenue, Uncle Tupelo and Golden Smog are all still pretty important to me.

I’d like to think they have another great one coming, but Tweedy doesn’t seem to be interested in sounds anymore (which I think were a big part of Yankee, Ghost, and Sky). I seem to remember him coming to a realization after those albums that ‘a good song doesn’t need a peddle or a keyboard to make it good.’ I disagree, as some songs go from decent to iconic because of those hooks.

From last night on The Late Show with Stephen Colbert. Cheers. One of my favourite Wilco songs, that. 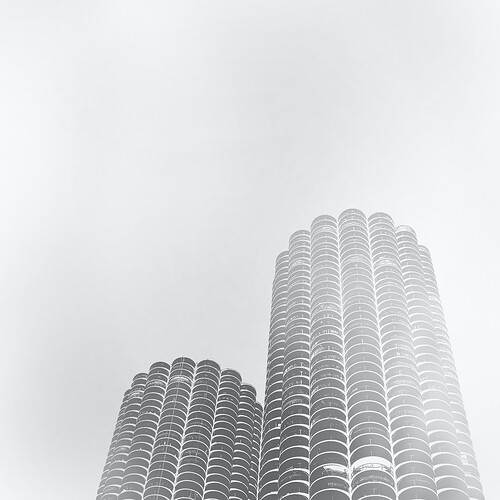 Wilco may be working on a new album, but they aren’t above looking back, either. In 2001, Wilco posted their masterpiece Yankee Hotel Foxtrot online, and the album finally came out in an official capacity in April of 2002. Right now, Wilco are in the...

Was in the states for work and managed to meet-up with some friends and we were at the Tuesday show.

I enjoyed the show but for those who were expecting to get a sampling of songs throughout their career, they were probably disappointed. Aside from the YHF songs, there were a number of bsides/unreleased songs from those sessions, then a couple of songs off BT and Summerteeth. Nothing from post-YHF.

They had a 3-piece brass section and the string quartet that opened augment their performance. A lot of the songs featured some new add-ins/flourishes and I got to enjoy songs I’ve known for 20 years.

Tweedy acknowledged Jay Bennett and his contributions to the album. I’d like to think he’s had time to reflect on the situation and how he might have handled it better; at the same time if JB hd stayed, would they be the band they are today?

They’d probably be a lot less boring than they are now.

It’s been a while since I last saw them but I haven’t found the post-Jay shows boring. However, what I’ve heard from their most recent studio album is another matter entirely. More like they sound bored. Then again, I haven’t heard all of it. Just what little bit I’ve heard from it hasn’t compelled me to hear more.

I actually like all their albums to varying degrees, but it’s been a long time since they’ve made a classic, and one of the biggest things Bennett did was challenge Tweedy, and their music has been pretty tame and unchallenging for quite a while.

Jim O’Rourke also pushed them. For me, they peaked with A Ghost Is Born / Sky Blue Sky. It’s such a shame to have Nels Cline playing the guitar equivalent of tweets on contemporary albums.

The first taste from Wilco’s upcoming country album, Cruel Country which will be available for digital download on Friday, May 27th. More info via the new article from Variety below. 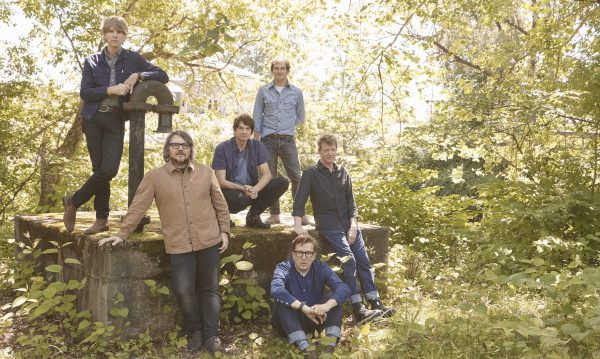 Wilco Re-embraces Country Music, After a Long Estrangement, on Forthcoming...

With Wilco’s first couple of albums in the mid-1990s, the band got saddled with an “alt-country” tag that was perhaps inevitable, especially coming out of the ruins of Uncle Tupel…

I hope it’s not a bunch of filler (as can be the case with double albums), but hopefully them recording together for the first time since Sky Blue Sky is a good sign.