I was lucky enough to attend UGA between 1987 and 1992. Some things escaped me during that time- the trestle, the Murmur site, the band members, etc. But one thing I did stumble upon during my time in town(but outside of town) was Wendell Gee Used Cars. I took two pictures of the storefront, one was better than the other.

This is the less better one, along with an old local newspaper Wendell profile that I found on Facebook a few years back. You may have seen me post this in a couple of FB fan groups a week or so back, so apologies for repetitiveness.

One day, I think I want to make prints of the good one. or t-shirts or something. 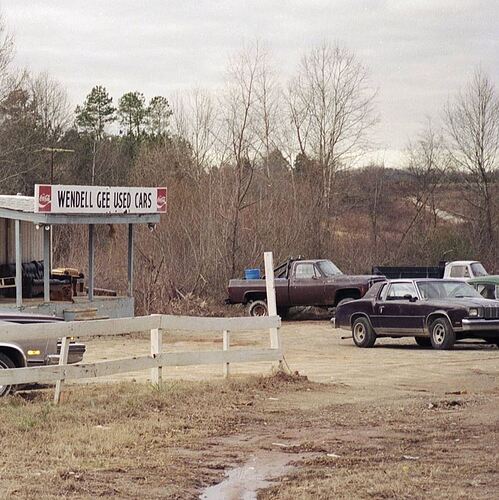 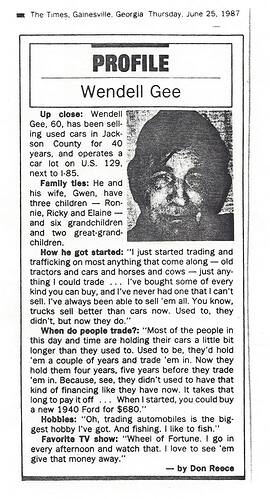 Thanks for posting! I have to say, his yard really fits with the head imagery conjured up by the song. I wonder if he ever gave an opinion on it?