I’ve never really cared for ‘The Sidewinder Sleeps Tonite’ but this is a pretty interesting article: 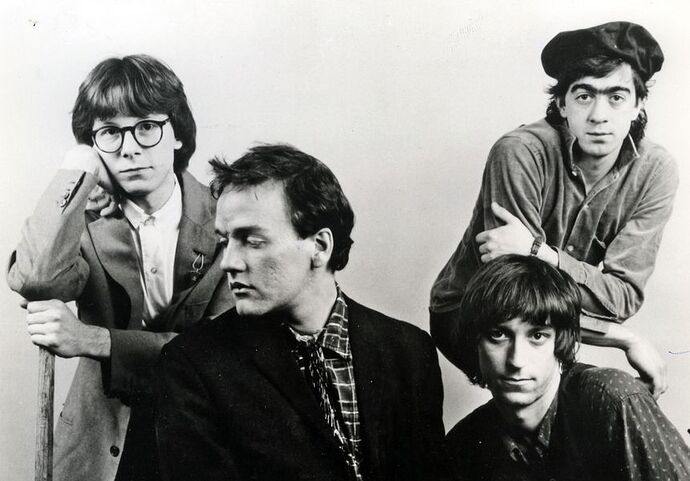 The Story Behind The Song: Why R.E.M. created ‘The Sidewinder Sleeps Tonite’

The band must like this song as they included it on both ‘In Time’ and ‘Part Lies, Part Heart, Part Truth, Part Garbage’, though.

Sidewinder is a change of mood on the record , I like the song. I always thought of a sidewinder as a snake, in the song it probably has another interpretation though.

Thank you for the link. I don’t like this song much either, but it’s always, always good to read about the hows and whys of R.E.M.

There’s a radio station where I live that decided to play this song every day for whatever reason. They don’t play any other R.E.M., just this.

I think it does refer to a snake, figuratively, at least. The sidewinder is the telephone cord, and it’s sleeping because calls aren’t being picked up. At least that’s how I’ve interpreted it.

This is interesting & funny, the last page from the Dr. Seuss book “A Great Day For Up” 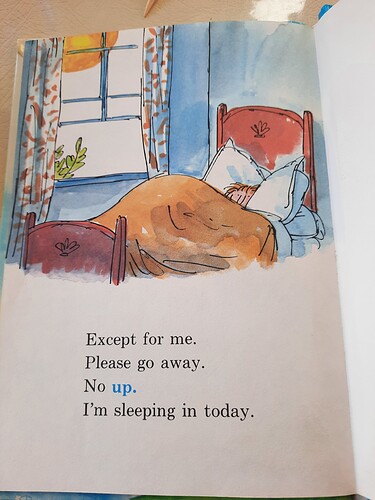 I have such a weird relationship with Sidewinder in that I acknowledge it’s a great song but hate it with a passion. My second worst behind Wanderlust (and I only actively dislike a few REM songs). I think it’s a mixture of the poppy production, boring “90s MTV video by numbers” and the fact it was horrendously overplayed. To my ears, it just sounds so horribly early 90s MOR to me. In fact, when i listen to Automatic and Sidewinder comes to the end, in my head the next song isn’t Everybody Hurts, I expect 2 Princes by the Spin Doctors because they always seemed to play back to back on heavy rotation on the station I used to listen to

Genuinely great bridge though, I love that bit.

I don’t care for ‘Wanderlust’ either but at least it’s short! lol

I wonder how much it cost them to clear/co-credit Lion Sleeps Tonight on the song? If you remove the ‘vocal improv’ in the intro, I don’t know that there really is anything derivative of the song thereafter.

From what I understand, they asked permission from the credited songwriters (of ‘The Lion Sleeps Tonight’) who said they’d be fine with the title but asked the band to in turn cover the original song, which is where R.E.M.'s version came from.

I say ‘credited’ because I think the most well known version of the song is a combination of different contributors over time. It’s based on a song from Africa and then has a set of English lyrics based on the original melody so from one perspective there are different people that could be considered the songwriters. This isn’t unlike ‘Because the Night’ by Patti Smith and Bruce Springsteen but I think both are credited as the songwriters? At any rate, it’s an example of someone taking a song that existed (in some form) but was adapted and became the version most people are familiar with.

Goodness I have a lot to say about a song that I don’t really care for, lol.

I love it. Leaving Michael giggling after mispronouncing Seuss as Zeuss is a nice touch.

There’s an interesting Netflix documentary about The Lion Sleeps Tonight, first written by South African, Solomon Linda, which is illuminating.

After discovering the family of Solomon Linda, the writer of "The Lion Sleeps Tonight," a reporter tries to help them fight for fair compensation.