Stipe says debut solo album "should come together next year." 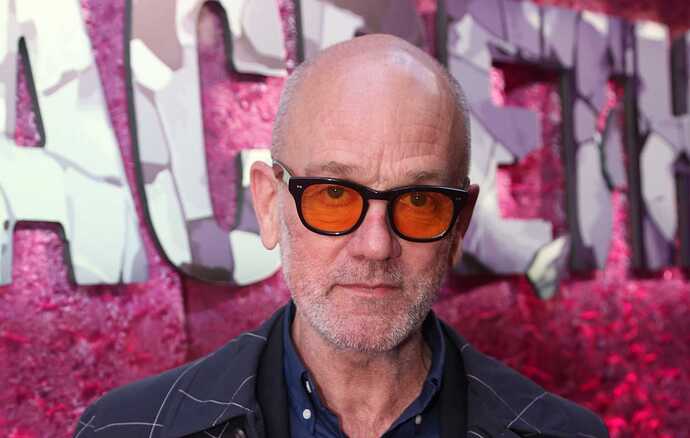 Michael Stipe confirms solo album "should come together next year"

Michael Stipe has confirmed that he is still working on his debut album, and that it "should come together next year".

What makes you so sure?

There’s a member of one of the R.E.M. fan groups on FB (who’s also a member here) that has pissed and moaned about Stipe never making good on the release of a solo album even though, up until just recently he’s never promised one. He’s always said he never planned to release a solo album (or tour) just release singles. Now that he’s been directly quoted as saying he finally plans to release a solo album, this person also doesn’t believe it.
Speaking just for myself, I haven’t been all that taken with anything he’s released as a solo artist. However, i don’t doubt him when he says he plans to release an album. This is a person, that following R.E.M. disbanding said that he had no plans to continue a career in music. It’s readily apparent (at least to me) that he had to step away from it for a while. I welcome his return and will be interested in checking out what he has to offer but if it’s anything like he’s released so far, I will not be interested in that.

It’ll happen when it happens. Given that I help the guy on the web, socials, music distribution, etc, I’m always there when the phone rings

I can’t wait for this. I’ve really enjoyed what I’ve heard so far, and I’ve missed his voice.

I am, however, getting a glimpse into how painful the studio process must have been at times for R.E.M.! Stipe, the perfectionist, taking his time. Buck, trying to bang it out cos he’s got another 16 albums to make that year.

Jokes aside, it must’ve been tough sometimes. It’s a credit to them that they persevered in pursuit of their art, and remain friends.

Saw some of it first hand. Jacknife was and is a saint

I don’t know if I’m “this person” you’re talking about, since I expressed my opinion that I can’t see a solo album happening, because Michael seems to have different priorities. I’m not dissing him or anything like that. I’d love a solo album, I just have my doubts.

It’s not you. I believe he’ll release one but it will be at his pace. I don’t think he’s unlike Buck in that he enjoys being away from the grind of R.E.M. meaning the touring, recording, press, etc. cycles that were part of it. They can all do anything they want at their own leisure at this point.

That’s right. I just feel he’s more into creating or being involved in visual art.