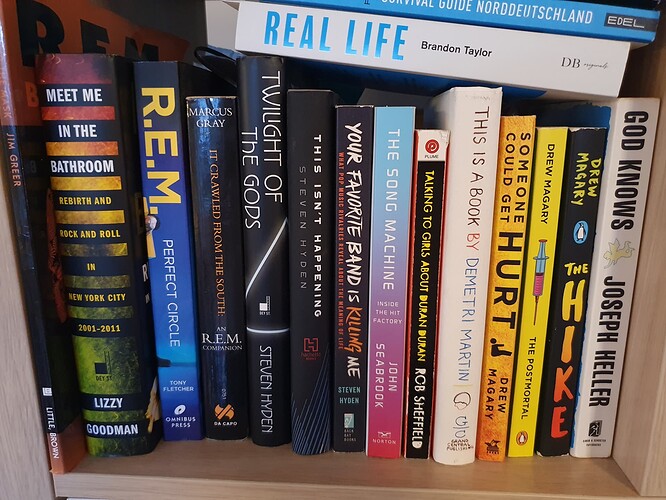 I just finished Berlin by Jan Morris where each chapter focuses on a different person living there throughout the city’s history.

I’ve got a backlog of books to read and may go with Real Life, which you can see in the pic above.

I’m reading the Brazilian translation of this: 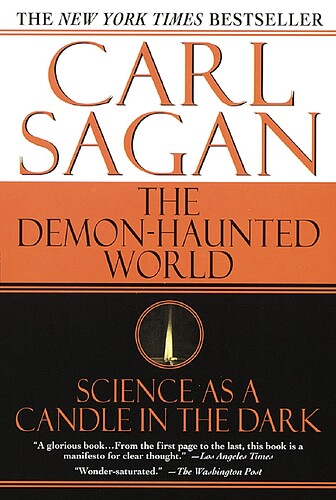 Sagan is pretty cool. I need to read more of his stuff, I’ve watched a few things on YouTube, but subjects when written down…are more thought out.

That oral history book pretty much covers the bases of bands whom I used to pimp here on Murmurs a couple of decades ago.

That oral history book pretty much covers the bases of bands whom I used to pimp here on Murmurs a couple of decades ago.

“…Murmurs a couple of decades ago.” Think about that for a second

I was never into Nü-Metal and remember when Blender magazine had some stuff on The Strokes and how they were making waves in the UK and were the center of the next era in music. As “big” as they were, they never captured the Zeitgeist.

There’s a passage in Meet Me in the Bathroom that perfectly epitomizes why The Strokes, Interpol (especially Interpol), Yeah Yeah Yeahs, and the like were a breath of fresh air in my world.

One person was talking about the lumberjack music, nü-metal, and such that populated the radio airwaves circa 2000-2002. He mentioned a song, “My Own Worst Enemy” by Lit, that was the typical fare that flourished at the time.

I had a good chuckle at that passage, because I despised that Lit song with a passion, but used to hear it every half hour on local radio stations.

The early 2000s New York City resurgence improved radio quite a bit down here, much in part because bands from elsewhere that shared a similar vibe (Franz Ferdinand, etc.) started getting play as well.

I was not 100% sold on The Strokes at the time, but I fell head over heels for Interpol.

In my kitchen, cooking, listening to a playlist I made years ago, and NYC just came on. Weird. Great song.

I’m a huge Strokes fan. Really want to read that book. They were the one band that really struck a chord with me from that scene.

I developed a belated appreciation for The Strokes. I really liked the debut album when it was released, but I did not think that it quite justified the hype. I came around when I bought that album on vinyl last year before seeing the band in concert at a festival here in Atlanta.

The debut Interpol album is still my favorite album of the new millennium.

Hi! Has anyone here read “Begin the Begin”? It was written by Robert Dean Lurie and came out in 2019. It focuses on the early years of the band. I know a LOT about the early days so it’s always fun (and a little surprising) to learn something new about first few years.

Ive been reading Gogol. For some seriously mystical reason a 1947 Soviet Estonian version of his stories popped up in my apartment some time after i moved here. I have no idea where it came from, but its all excellent.

I’ve just started into volume 6 of the history of Middle Earth, The Return of the Shadow