Record Store Day Has Its Roots in Raleigh, NC

I don’t participate anymore but for many years I did. I never camped out the night before or anything but I would get up before the crack of dawn to go stand in line. I was fortunate in that the vast majority of the time I was able to score what I was looking for. However, the true bonus was the fellow music geeks I met while standing in line.
It always blows my mind a little bit these days when I see people saying how much they miss record stores and vinyl. This, despite the fact that record stores still exist (though not as abundant as they once were) and that vinyl sales continue to increase. The vinyl revival is due in no small part to the creation of Record Store Day in 2008. The next one is on Saturday, April 23rd. 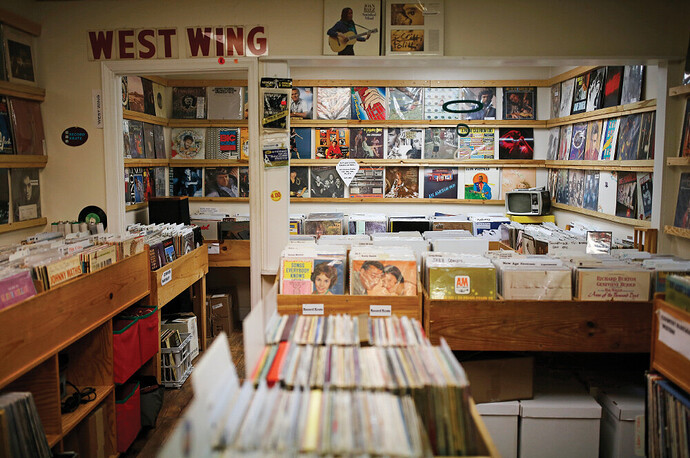 A nationwide celebration of vinyl got its start right here in the City of Oaks with SchoolKids Records manager Michael Kurtz.

I’m quite late to the game with vinyl, and RSD is certainly a big part of why I started buying vinyl.

When I first got into music as a child we only had cassette players in the house. So cassette was my first music medium. (I could still tell you the exact points on certain albums where you could stop, turn the cassette over, and listen to my favourite song on the other side!)

I think you’ve said before that you have loads of mix tapes that you don’t want to get rid off? All I can say is, me too! Hours of time and love went into those!

Anyway, back to RSD, I only ever queued up super early once, the year R.E.M. released Unplugged. I was 4th in the queue. The store had two copies. The first guy in the queue only wanted One Direction, presumably to sell on. Person two and person three both bought R.E.M.! Still, I came away with some decent records and I eventually picked the R.E.M. one up online for the RRP, which was incredibly lucky.

What’s nice about it is that, each time I’ve done RSD, I’ve picked up things I wouldn’t have otherwise bought/listened to. I’ve rarely been disappointed.

Not so nice: the people who buy the stuff that they know they can sell on for inflated prices on eBay.

The year Unplugged was released for RSD is the year I stopped participating. Not in protest or anything like that but because I knew if I went I would spend money I didn’t have on Unplugged (if memory serves it was around $100).

Yes, unfortunately RSD has its downsides. When it comes to the flippers there’s not much, if anything, the RSD people can do about that. When the idea of RSD was originally conceived it was just going to be a day meant to celebrate independent record stores and vinyl, exclusive releases were not part of it.

I think it worked. I live in a Lincolnshire backwater, in England. Can’t get a decent beer anywhere, but I have a couple of decent record stores nearby. That probably wasn’t the case not too long ago.

I only had a cassette player as a kid too. I would spend weekend afternoons in my dad’s car taping songs off the car radio. I still have those cassettes in the garage somewhere. Last time I did a big clean up I almost threw them out but nostalgia got to me & I kept them. There are currently two record stores not too far from where I live. They stock mostly vintage records.
My first R.E.M disc Out of Time I bought at a record store together with World Party, Private Revolution. I so much remember that day.