Wars should be fought as Eurovision contests. 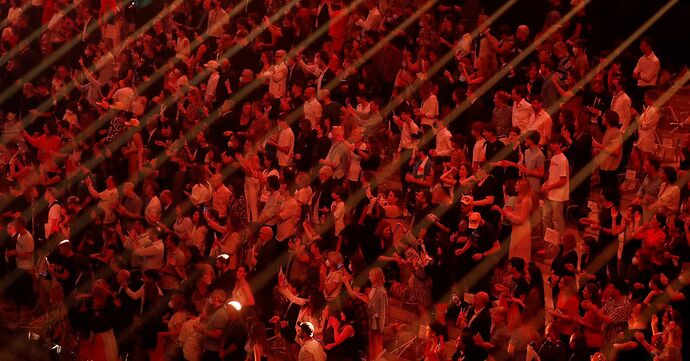 Italian police thwarted hacker attacks by pro-Russian groups during the May 10 semi-final and Saturday final of the Eurovision Song Contest in Turin, authorities said on Sunday.

(Yes, we live in the same house and are sitting three feet away from each other at this moment. Why do you ask?)

I don’t know why, but this reminded me of one of my favourite scenes in West Wing. “If the Oscars were like that, I’d watch.” 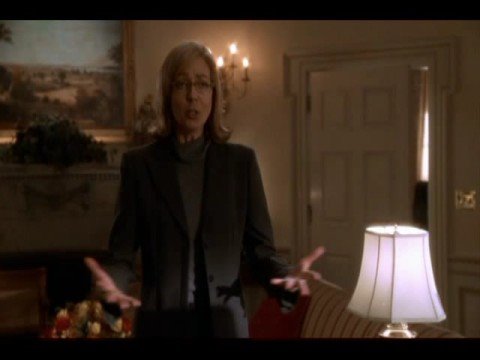 That whole clip is hilarious! I never watched much of West Wing, but see that I’ve missed out.

I watched the first three seasons about (literally) 10 times in a row, because a cable channel here used to air reruns and just restart after s03 ended. It was years ago, at the exact time when I was going to bed, during a really rough time in my life. West Wing seriously helped me through that and it’s still my favorite three seasons of anything ever.

I love you guys. That is all.

Listening to Michael Stipe’s new song Future if Future loud with ear phones on while going through a M.R.I. scanner makes it a much more pleasant experience.

I hope the MRI turns out well! I’m waiting for a July appointment with my primary care person to see if she’s actually sent a referral for an MRI on my spine and we’re waiting for insurance or if she just recommended it to me after my last visit and i have to formally ask for a referral.

I haven’t had a M.R.I. scan recently Donna, I did several months ago for a suspected meniscus tear in my knee but it turned out negative which was good. Michael Stipe’s new song, some of it reminds me of going through a M.R.I. scanner, though Michael’s song it a bit more melodic and not as scary. It was just a random thought I had & yes, probably a stupid idea. Hope all goes well with your scan too Donna x

I think it’s a brilliant idea. Come up with songs synchronized to the pulses of the MRI, rather than trying to cover it all up.

I could start a band called M.R.I. & support your band Kelly, The Artificially Hip.

Very glad for you, same with me only I had 2 torn meniscus.

Only 2? I would think one was bad enough! Mine turned out to be a strained & inflamed tendon. Couldn’t bend my knee properly. I should have rested it more but you know how life gets busy, I was limping around for weeks. Got some physio for it and it settled. As for my band M.R.I., I don’t get bored very often, fanciful thoughts, if not a stupid idea.

Front and back,. Not that I understand any of this.They cut the torn stuff away. But during the operation, got some arthritis out too and in just a couple days, good as new.

Just as well you deleted your menu Kelly, as if there wasn’t enough to give someone indigestion already. Can you imagine the headlines? - Xi Jinping falls ill after dining at the White House. The Chinese Communist Party slams a U.S ally for pushing an agenda of gluttonous depravity. The religious far right, critics the dinner as cowing to the CCP’s atheist stance, by forgoing saying grace at the table. Xi Jinping is now suffering under god’s wrath.
Joe Biden - It’s all lies. I once went to a party, they served hot apple pie, I stuck my fingers in the pie and suffered serious burns. I learnt a lesson, don’t stick too many fingers in a hot pie, god bless us all.

Yeah, mine had a lot of fried food in it, like the General Tso’s Fried Chicken. These days, I should probably stick to the Egg Foo Old instead.

I think I’ll get the veins on my arm tatooed. That way when I get a blood test, or an IV, or an infusion, they won’t have to search.

Some ideas for your tattoo Kelly -
Here marks the vein

Stick it in here