Who’s all interested in getting in on this pyramid scheme riding this wave of the future?

Do you have an affiliate link I can use?

Not yet but I saw that some company is putting together a hackathon where contestants can do all the work for them win valuable prizes, and think I might just do the same.
I will have to find a place to relocate the business since future-unfriendly Kosovo just banned crypto mining.

Here were some fun bits from the Axios Gaming newsletter:

NFTs remain a contentious topic for developers , according to the State of the Game Industry survey, with a majority claiming their companies aren’t interested at all.

Ethan, can you please incorporate a feature like twitter’s mute so I can block any post with certain words, like say for example, crypto, NFT and bro?

Remember when we couldn’t imagine bitcoin!!! Now look at us.

Ethan, can you please incorporate a feature like twitter’s mute so I can block any post with certain words, like say for example, crypto, NFT and bro?

I once read a Twitter post comparing cryptocurrency to the villains in the old Captain Planet cartoons.

That’s probably an oversimplified description, but I had a good chuckle. I stay away from speculative things in general, anyway.

OUR FRIEND THE NFT

Any time someone uses a technology to basically create a market around intellectual property, those that own the IP should be concerned. In the case of Crypto, it’s the creation of an accretive asset with little to no control over what the asset contains, and no mechanism entirely of enforcing any regulation around it.

As it currently stands, NFT’s “content” depends on where you go. It could be a text file that links to an image hosted on Amazon. Or it could contain a link to what’s called the Interplanetary File System, containing something truly unique. Some NFT’s contain source code that generates the art. Still others generate after transaction, creating something unique as “signed” by the person that bought it.

NFT’s are based around the tenant of crypto-currency, which is the same as any fiat, or non commodity backed currency. The value of a currency is only as enforced by the ability to agree upon its transfer into goods and/or services. All this leads to a centralized ledger of transactions.

Crypto-currencies are a decentralized ledger which enforces scarcity by making each new entry of the ledger (a block) be harder and harder to validate the fewer blocks available on a chain. As fewer blocks are available, the more valuable they are. It’s digitally enforced scarcity by causing “work” to be done to create a new record. This is because as a decentralized peer to peer system, it is dependent on reputation in order to maintain its robustness. Hence it requires “work” to participate.

If you’re interested, this prevents a Sybil attack, so named after the 1976 Sally Field film about multiple personality disorder. It’s essentially where you flood a peer-to-peer network with fake accounts to subvert the reputation systems that such networks depend on.

MORE THAN YOU WANT TO KNOW ABOUT MARXIST ART THEORY

NFT’s are the latest in a long history of mechanical reproductions collision with works of art and hence, intellectual property. This history goes back to the printing press and early photography in fact, and much of our understanding of the power of the “original” in the face of mechanical/digital reproduction is a descendent of Marxist art critics back to Walter Benjamin (his 1935 essay “The Work of Art in the Age of Mechanical Reproduction”) and John Berger (his four part television series “Ways of Seeing” from 1972).

Basically Marxist art theory states that art, in any form is as informed by its context of creation as the context of its consumption. So any reproduction of art can’t ever be close to the original because it not only doesn’t exist in the same time, but its never possible for it to be tied to the original in either form or intent.

With digital artifacts, the “original” is an agreement, not a fact. In the case of perfect digital copies, the only case of originality is the assumption that it is the first in a chain of reproduction, but this is typically not enforceable as a fact. As well, because digital artifacts have their data abstracted from representation, a digital artifact can be “reproduced” outside of time. So it’s post-Marxist. Yay?

HOW A FILE FORMAT KILLED THE MUSIC BUSINESS

Let’s look at Mp3’s for a minute, and what happened to the music business.

Labels used to be the people that pushed the means of mechanical reproduction, as it also provided them a way to control it. RCA with the phonograph, Sony with the CD and MiniDisk. Even down to surround sound audio. You can even see all the patents they filed.

Then the Mp3. The humble MP3 was invented as part of the Fraunhofer Institute research center in Germany as a low bit rate, high quality audio format. The project was — no kidding — called EUREKA (specifically EUREKA EU147). The MP3 format was originally done as the audio component of the MPEG1 video standard.

The MPEG1 video standard freaked the studios and MPAA out enough where they skipped through to MPEG2, encrypted, for DVD’s and skipped digital distribution entirely.

MP3’s are approximations of an original. Technically, they break an audio file down into an overlapping system of sine waves. The more sine waves within the file, the more it approximates the original, but doesn’t get close. For a long time, the music business thought that people would care about the quality, but then Steve Jobs made crappy headphones fashionable, and no one cared. By the time Apple cared, they had invented the new file format (ALAC) and gave it away for free, removing the patent royalties the music companies had been paid for Mp3’s.

The dream of the music business was always to make the digital artifact the perfect copy of the physical, because in that sense you couldn’t copy/paste it as easily, and scarcity would drive value. They assumed people would want to own their music, and own it at a quality that they’d be OK with having that ownership maintained by copy protection.

Every industry which relies on control mechanisms for digital reproduction has undergone the same trajectory. Which is where NFT’s come in.

NFT’s are basically the merger of three things, in a reversion to a more Marxist treatment of digital artifacts.

Right now, all of this is being used in rather stupid mechanisms, like Bored Ape, Rareable, etc. But what I learned from 20+ years in the music side of things is that where there is smoke, there is fire, just not where you think it is.

Knowing what we know now, if you could go back to any of the record industry executives that were in the room when Jobs pitched the iPod, and asked what they would have demanded, it’d be:

It’d be everything they enjoyed with CDs, tapes and LP’s. And at this point, the technology behind NFT’s would be able to do all of this.

Basically, if you could go back in time and invite a label exec to invent the future of digital music, it’d look a whole lot like NFT’s.

And that is why NFT’s are interesting.

Wow very interesting and the beginning I will never understand ( crypto backed by???) And WAY over my head. My head is spinning with all that information and hard to remember what I was going to comment on. But the music part was something I could get a grip on. I always patronize the band and if I put stuff on mp3 I paid for it. I’m kinda lost here with such an info packed huge post but unless I have 2 devices, one to re-read then make my comments on the other, I have the memory of a shoehorn. Wow.

Thank you, up to this I thought I was the only person who couldn’t stop thinking of Benjamin in that context…

This is TOT, but I can’t think of anywhere else to put if.
The Dark Web.
Tor ( which I have but don’t know what to do with it.)The reason I bought it was to not get hacked again. For the same reason I bought Nord VPN.

As you recall, tech is the bane of my life. My kids help me with basic shit. But my expert son, Andrew now lives in Australia with his Ozzie gf and their baby Oliver. He was my go to guy for tech stuff and now he’s in Aussieland tv as main digital/film/editing go to guy. He was also offered DIT but he declined. He doesn’t enjoy being on set with the film crew. After Rust happened I’m glad he’s mostly in dark rooms with zero guns.
But I digress.

Here’s my question:
What exactly is the dark web? Someone talked me into buying Tor which I believe how one gets on the DW. And now I’m hearing all these apps or sites described as one of the lower layers of hell. I don’t want crypto currency. I don’t want porn, legal or illegal. I want to know stuff that’s not available elsewhere. Just more esoteric stuff.I have friends who buy weed and a few other things on the dark web. Cannabis is still fucking illegal here, so that could be a possibility. I like to learn new stuff, even if I have to work on it (ie: ask my friends). Should I disregard Tor or similar thingies? I feel I’m being warned off it by men in grey suits who use it themselves. Any and all information most gratefully received. I promise not to buy weapons or scary shit. All I want right now is a simple breakdown of what the DW is, is it safe to use and how. Yeah, old clueless is back. Help me. I’m still the computer idiot in any random group of people. Nobody who was on the old board will be surprised at that.
TIA

(I would TOTALLY describe it for you if I had any idea what it is.)

You’re being humble, Donavitch. It’s squeeeee lovely to see you and Kelly here. Gives the place gravitas. Has that term become obsolete? Peachy keen, then.

(Thing that goes boom is in broom closet sector V in the place I sent to you a postcard from. Hush hush and on the down low.).
See? Lame as hamster shit.

I do indeed have more gravitas than I used to. It is that gravity? Because of the extra mass? Something.

I’ll bet we could come up with a bang-up description of a dark web between us.

I’m game if you are.

I feel like one of these could be involved: 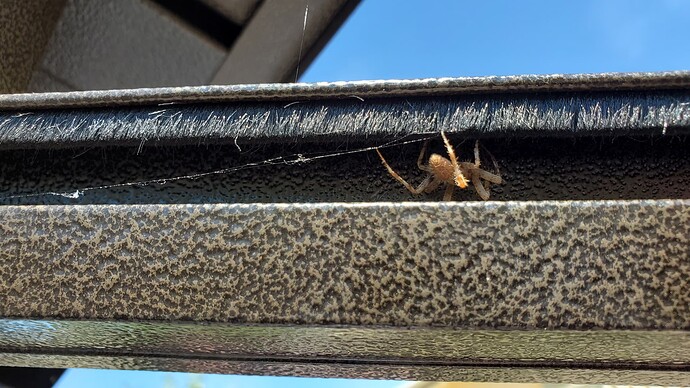 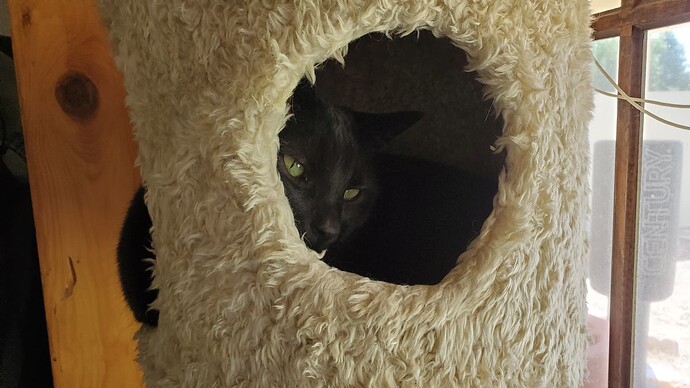