In 2014, some local running friends and I answered a casting call here in Atlanta for the film adaptation of Stephen King’s Cell, because they were looking for experienced marathon runners and trail runners for some chase scenes. In the book and the film, a pulse, sent to cell phones around the world, erases people’s minds, reducing them to zombie-like villains who behave in a hive-like manner. The only survivors who remain are those who did not have cell phones on their person at the time of the pulse signal call. As an extra, I was one of the “phoners”, who chased the main characters (played by John Cusack, Samuel L. Jackson, and Isabelle Fuhrman) through woods.

My friends and I worked on the set for 13 hours, basically running a 100-yard dash through woods as fast as we could once every 15 minutes. We spent most of the time chasing stunt doubles, but, for two hours or so, we were in close proximity to the above three actors.

When Cell was finally released, I watched it, expecting not to see myself except in fleeting glimpses in the background. Much to my surprise, however, I am the only person on the screen for a good couple of seconds during one scene. In the director’s commentary on the Blu-ray, Tod Williams, acknowledges me directly, saying, “That guy…I love the way he did that. I call him my David Lynch phoner.” 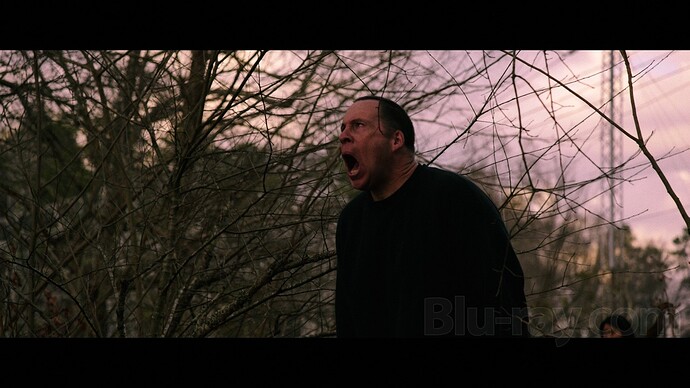 Some months later, I took another day off of my normal job, and worked for another 13 hours as a background extra on the set of Captain America: Civil War, which was filmed here in Atlanta. I was an extra for the Peggy Carter funeral sequence that was filmed at the Peachtree Christian Church. Sadly, I do not appear in the actual movie, because, although I was sitting in the church sanctuary when Chris Evans (Captain America), Anthony Mackie (Falcon), and Emily VanCamp (Sharon Carter) acted out in the scene, the filmmakers used close-ups for the main characters instead of showing everyone in the sanctuary. I can, however, be seen at the beginning of the “Extended Funeral Scene” on the Blu-ray/DVD, because this deleted/extended scene shows a few of us standing outside the church as Chris Evans and the other pallbearers carry the casket through the church doors. I am one of many obscured faces in the background, but I can still be spotted on the screen.
It was really something else to see a Marvel production in person. 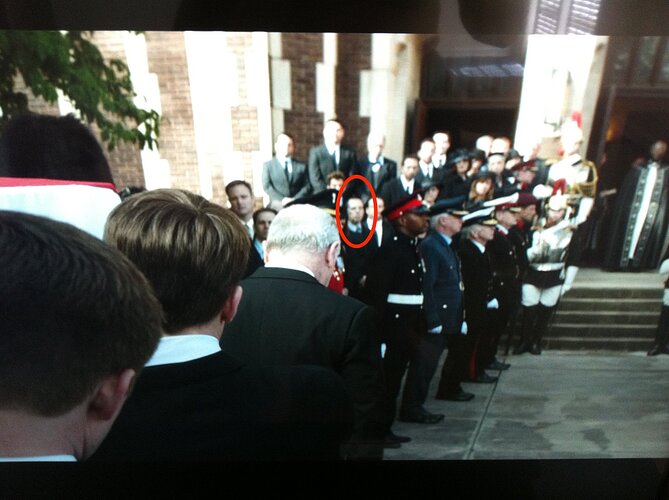 This is so cool, thanks for sharing these stories.

That’s awesome. My son has been close to booking a movie or TV show that would have required him in Atlanta for a good while. Nothing yet, as they mostly book Atlanta based actors, but if it happens …

That’s exciting. Not many movie opportunities around the Charlotte, North Carolina area. Had I heard about the Eyes of Tammy Faye shooting in the Charlotte area, I might have tried to be an extra. A coworker was an extra for that movie, and he can see himself in the movie in one scene. So I AM excited for you.

I walked thru a movie set by accident while they were filming. No signs or anyone to stop me.

Ended up in a music video, just by virtue of being in the front row of a concert.

And ended up in Getty Images by virtue of being a fan talking to a movie actor with paparazzi around. That picture is no longer on Getty.

I’ve never been one that ooos and ahs at any star, and am pretty relaxed, which is possibly why I was there long enough for the person taking the pictures to get me from two different sides (and then end up on Getty).

My brother has been an extra cut from almost every Marvel movie. Lol. He was in the same funeral scene. If I remember correctly he was also in a cut bar scene with Cap.

Very cool! My claim to fame is being an extra in the “Shetland” series (like just about every other Shetlander) But I have never actually seen the scenes I am in (I don’t have TV) But I spent most of the filming standing next to the main character on an empty street and I had orange hair at the time. I will have to hunt it down sometime to see. Not sure if I want to though

PS Douglas Henshall the actor smoked constantly in between every take and he reeked of smoke ( I am an ex smoker and it was driving me crazy) he also never acknowledged me in any way shape or form even though we stood shoulder to shoulder for nearly two hours. I was rather gutted as I am a fan of his but not so much now.

I also was in another scene of far less significance with 3 other girls just running across a street in the rain. I am glad I had the experience. I don’t think I would bother doing similar again unless it was something I was really interested in.

I would answer background extra casting calls more often here in Atlanta, but the work is so unpredictable, with the days being rescheduled constantly due to weather, main actors, and such. It is tough to balance that with my real actual job.

If the Atlanta filmmaking scene is still in swing when I retire from my normal job in a few years, then I will try to work as an extra far more regularly.

Like Penny, I am low-key and relaxed around famous people. On the Cell set, I was right next to the cast for long stretches of time, but I just sort of ignored them. It is a big no-no to speak to actors when they are on the clock and focused on their roles.

There was a movie that George Clooney made, that was based in St Louis. There’s a family grocery store called Schnucks here. @IntheCorner finds the name hilarious. They chose Schnucks, which is where my wife manages, because it was local. She said they had to break down an end cap and put one of the sponsors ones. She also said that Clooney was real down-to-Earth, he was talking basketball with the guys, on breaks during the shoots