Mirrored from R.E.M. HQ - “This Friday, the world’s first ever commercially available bioplastic record goes on sale”
Limited 12” with Michael Stipe and Beatie Wolfe - Side A, Future If Future by Michael Stipe, and on Side B, Oh My Heart by Beatie Wolfe. Available from the EarthPercent Bandcamp page. for pre-order. 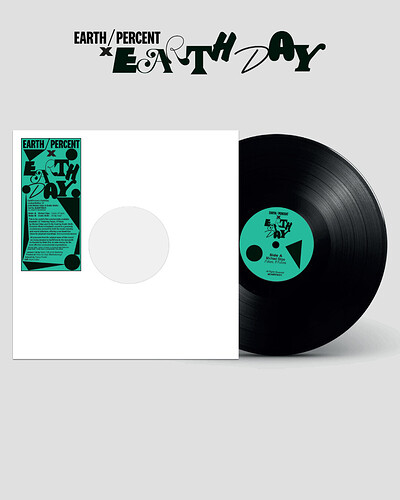 Got it! Along with the digital compilation

Me too! So excited.

I read a discussion about this release on another site, some didn’t see the point of this 12" release as streaming music was the most environmentally option for listening to music. That is true, however you still need a device for downloading/streaming and listening to music. Those devices a majority, if not all contain plastic & precious metals that can be recycled. Apparently traditional plastic can only be recycled a limited number of times before the quality erodes and it’s no longer useful, and when you consider the amount of times people upgrade their gadgets… Bioplastics could expand to eventually replace traditional plastics in a lot of things. Michael song fits so well with this release. Still can’t warm to what sounded like to me, an annoying generic ring tone in the song but the rest makes a lot of sense. I haven’t heard Beattie Wolf’s song yet & I’m not going to search for it. I want it to be a surprise when my copy arrives, and it’s sold out already, I don’t know why they made only a limited number of copies.

I received my copy today. The pressing is pretty sturdy however my copy wobbles a bit on the turntable. Doesn’t affect the sound at all, there is slightly a bit more stylus hissing on parts of the record that are not flat. I don’t know if anyone else’s copy has the same fault. I’m giving it leeway as this is the first bioplastic record and it would be at its experimental stages. I guess that’s why they only made a limited number of copies. I’m thinking of it as kind of raw demo record, where it all starts to happen and progresses from there. Michael Stipe’s song “Future If Future” says it all I think. I like Beattie Wolf’s song “Oh My Heart” on first listen, it’s a pretty and reflective song. 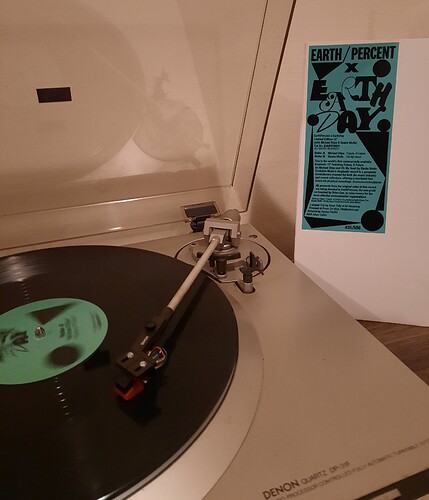