I visited California for the first time this weekend to attend the Cruel World Music Festival in the Brookside at Rose Bowl Park in Pasadena.

On Saturday, I got to the gate at the festival almost two hours before gates opened, because I did not want my Lyft driver to get caught in the rush at the Rose Bowl area. I was waiting at the gate by my lonesome when I heard somebody call my name. It turns out that some California locals who belong to a Facebook music group that I’m in recognized me. I hung out with them at the gate, and was in the company of friends right off the bat.

The Cruel World festival had 26 bands on three stages for a one-day event, but a second day had been added last year with the same lineup schedule for the second day. On Saturday, I hung out by Stage Two and Stage Three, since they were close together. On the second day, I hung out by Stage One, the big stage. As such, I was able to see all 26 of the acts. The festival was a mix of old new wave/goth bands and younger goth/electronic bands, making it a wonderful age-transcendent thing, instead of just an “oldies” event.

I had already seen most of these bands before in smaller, more intimate venues in Atlanta, but I loved the totality and the overall vibe of this event. It was basically a greatest hits of bands whom I used to pitch on the old Murmurs.

I cannot pick a favorite. All of the bands involved clearly wanted this to be a special weekend, so they all pushed themselves to perform great shows. Even John Lydon was incredibly animated and spirited.

It was more about the people than it was about the music. I spent time with a few Atlanta friends, hung out with some of the Facebook music group friends, and also met countless other new friends, since folks would compliment me on my T-shirts (I wore a Twin Tribes shirt on Sat. and a Simple Minds shirt on Sunday) and vice versa, kickstarting long conversations about favorite bands.

The temperatures were in the 90s on Saturday, which I was told is abnormally hot for May. I had never been to California before, so I was not familiar with dry heat. I felt good all day, and my shirt was totally dry with no sweating, but I quickly realized that I needed to hydrate a lot more than when in Georgia. My ultrarunning training came in handy, because I recognized warning signs and adapted. The dry heat is insidious. A few of the serious goth people in black leather clothes were caught off guard.

During the five-hour flight back to Atlanta from Los Angeles yesterday afternoon, I spent the entire time just looking out the window at the topography below. Since the view from my window seat towards the back of the plane was unobstructed by the wing and since there were no clouds at all along the route, save for one five-minute stretch, I had a clear vantage point to see everything below. I did not feel like watching anything on the in-flight video screen or listening to anything on headphones, so I just looked out the plane window, marveling at the California oceanside view during takeoff, at the vast expanses of scarcely-populated desert areas out west, the farmlands in between, and tree canopies upon returning to the southeast. After seeing 26 different bands over two days during the festival, after spending time with friends, and after meeting countless great people, the five quiet hours of staring at beautiful landscapes below while reflecting back on the fun experiences was the perfect closure to a perfect trip. 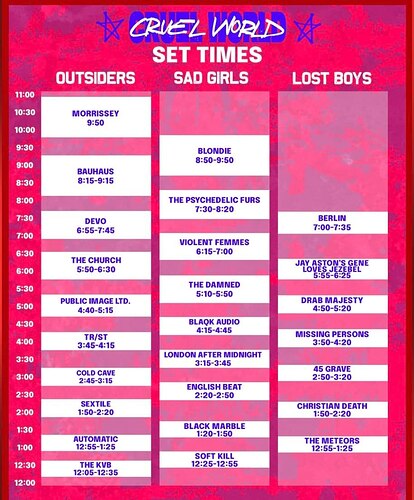 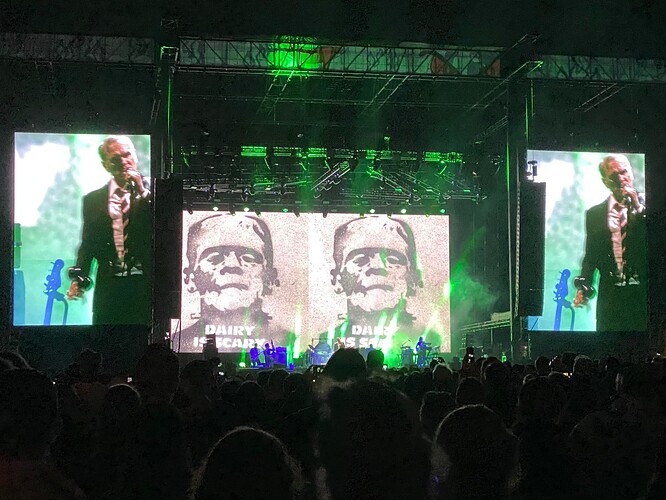 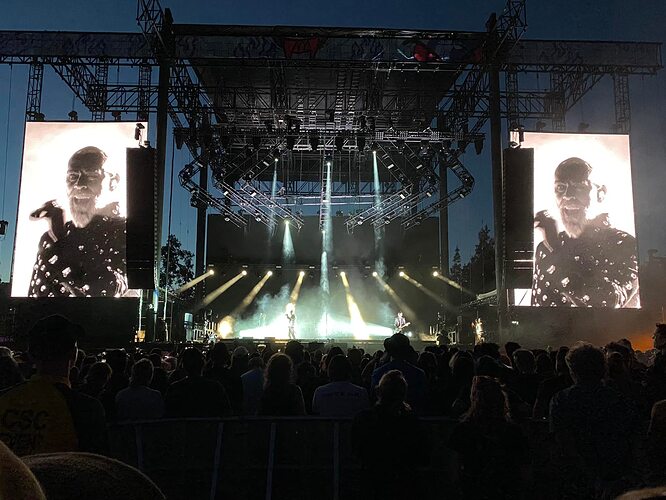 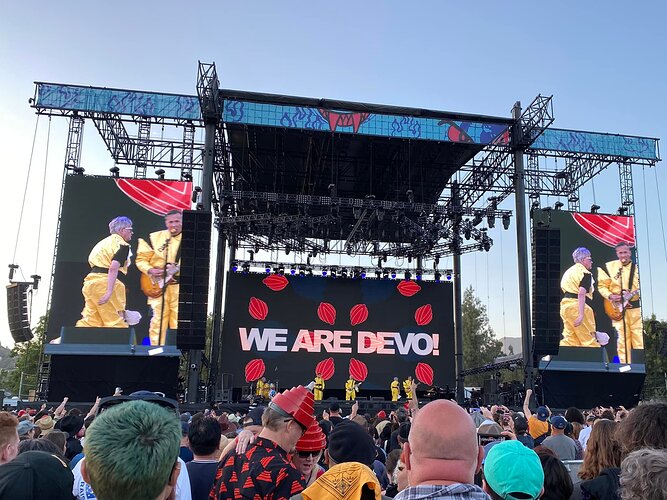 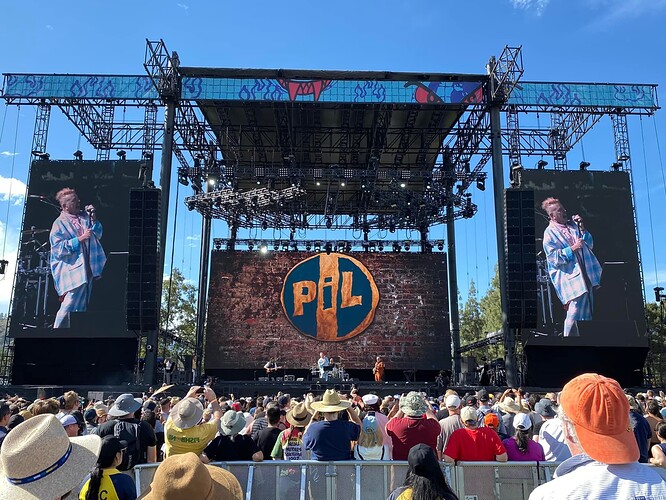 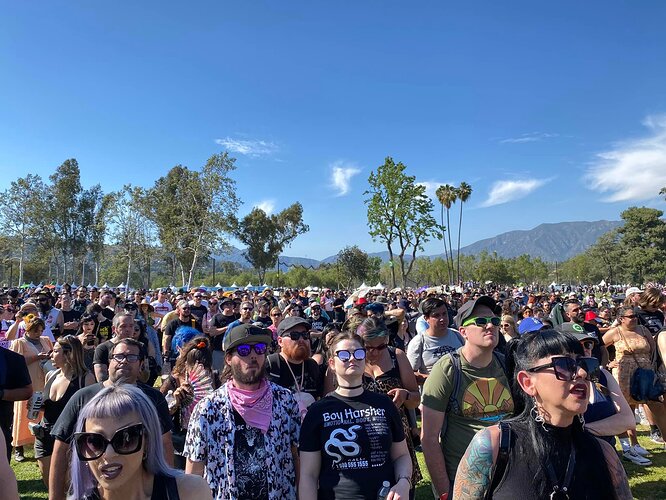 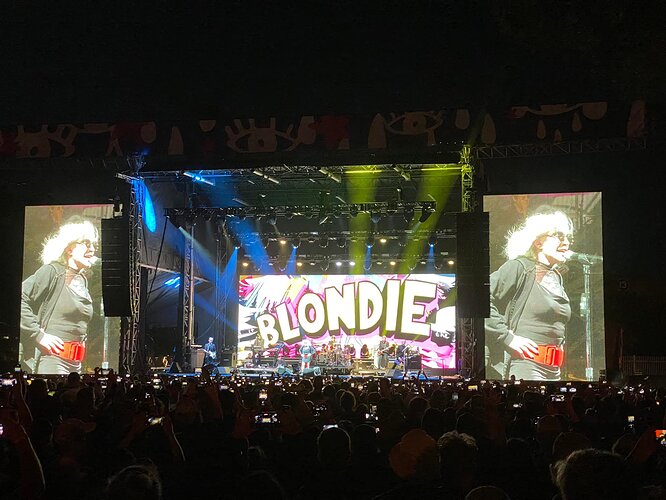 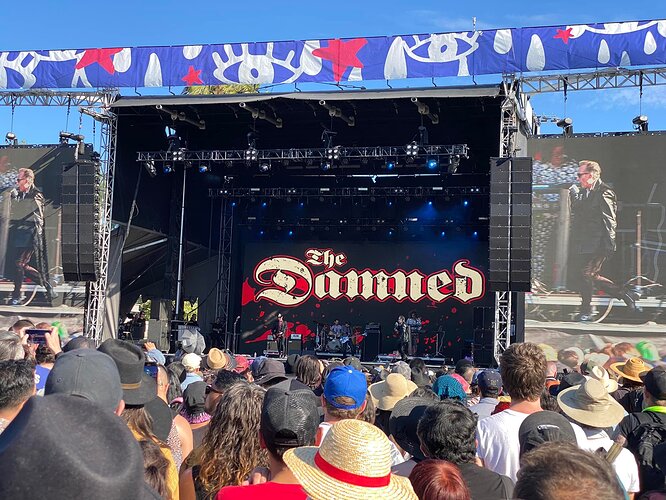 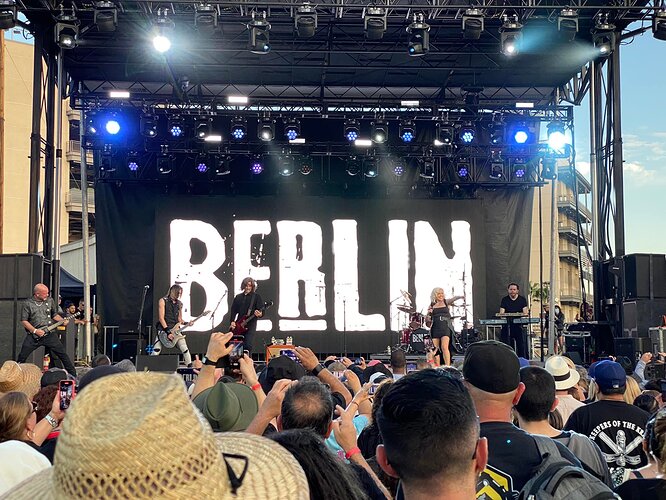 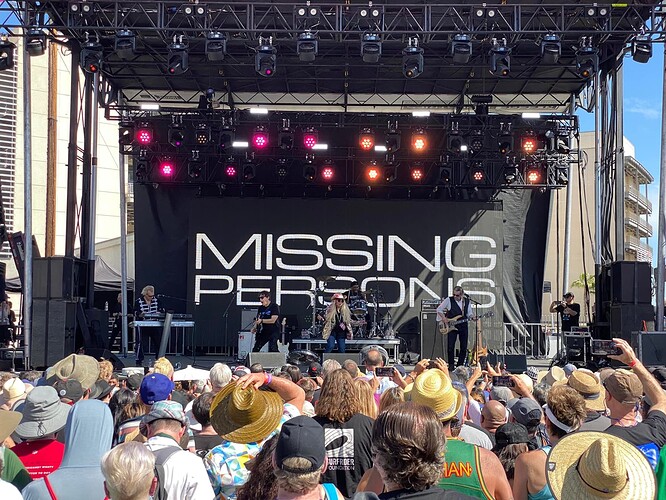 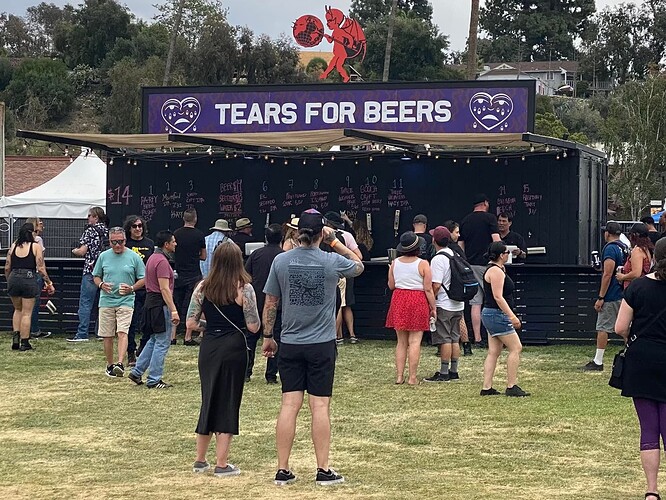 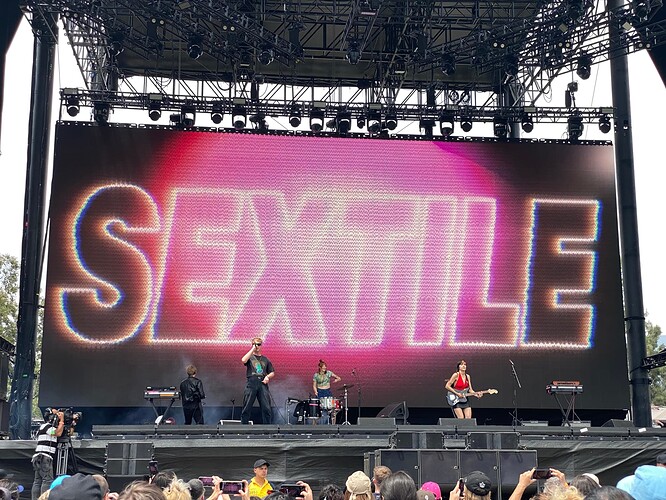 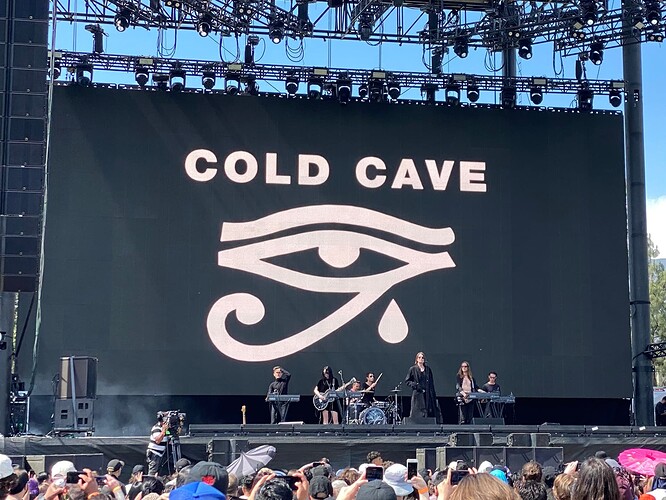 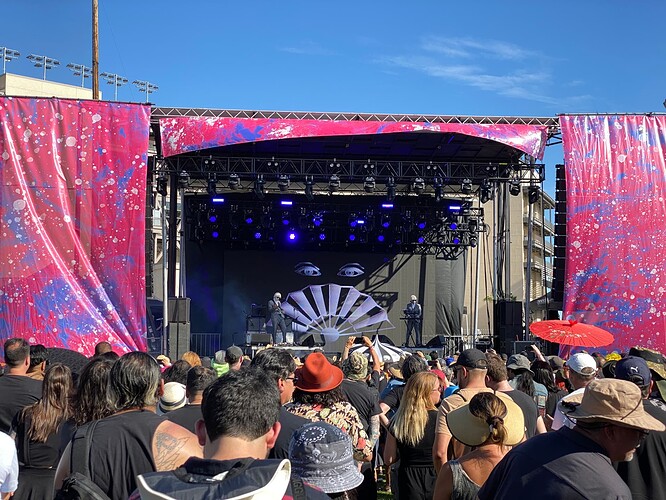 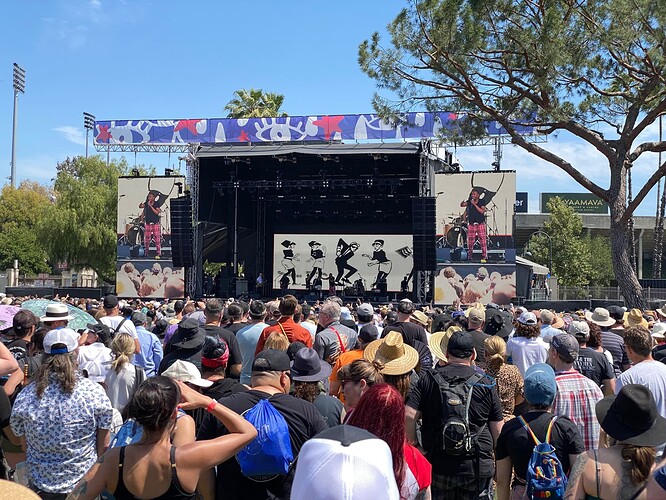 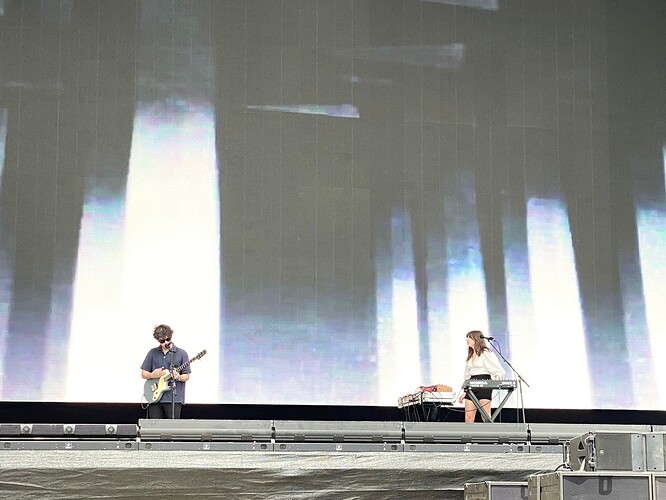 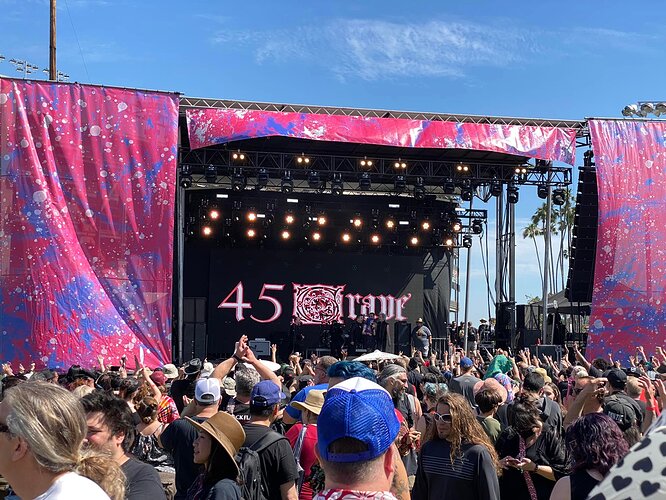 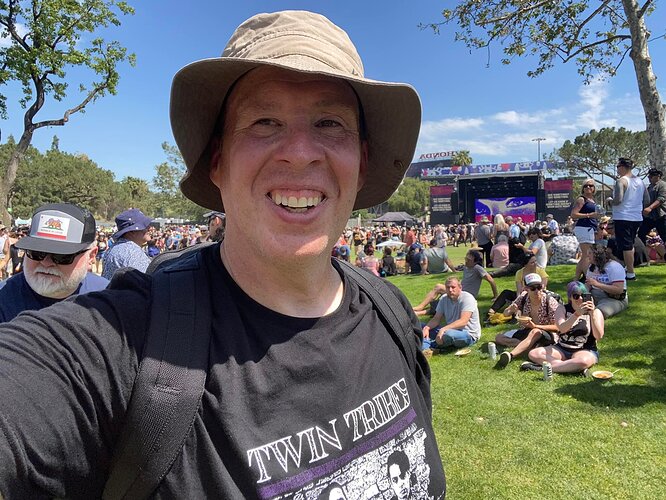 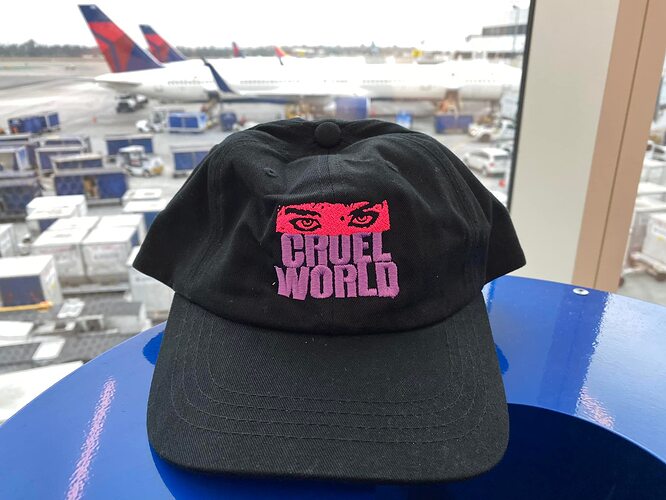 Sounds like you had a wonderful time. Great photos too!

I was there Sunday…good festival!

Great narrative and cool pictures, J.
Thank you for sharing!