I posted this to Facebook yesterday and people seemed to like it. It’s got 325 likes or loves so far. I know many here don’t take part there, so why not bring it here too?

This is an appreciation post for the great musician Bill Berry is and was for R.E.M., not because we love him, but because he rightfully deserves so.

Bill was a freaking secret weapon, and the band lost a lot more than a drummer when he retired. People usually count on the band’s drummer to, well, shut up, just drum along to the song, and go home. Bill brought in creative thoughts and brand new music (hits, even!), came up with very creative and distinctive drum lines for each and every song, and not the usual doo-dah-doo-dah, with a great use of the hi-hat (“Harborcoat” is a fantastic example) and the toms, and served as a serious editor/producer for all songs, with his own strong voice and view, having a great knack for knowing what should be there on each song and for how long. Not happy with all that, he did backing vocals no one was expecting the drummer to do as well!

That’s a vital piece right there. 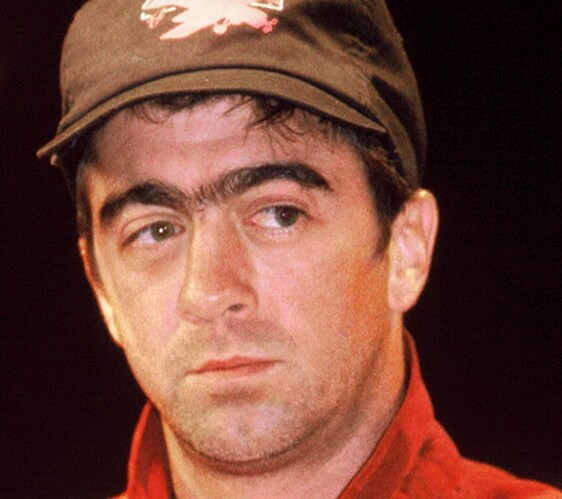 On the flip-side of the coin, in an R.E.M. group I belong to on FB someone recently posted about Bill’s diminishing contributions to the band after a certain point and essentially tried to make the case that he was an inadequate drummer.

I honestly cannot believe this would be any real fan’s impression. He was objectively great in Hi-Fi.

Not trying to be argumentative but I’ve never understood what a “real” or a “true” fan is supposed to be. This person stated their case well and cited examples. I don’t feel the same way but I don’t think it makes them any less of a fan for feeling the way they do.

Bill has always floored me

I’m a guitarist so the finer details of drumming passes me by but my Dad was and he was always fascinated by Bill Berry’s drumming. Thought he was technically strong and really unique. He used to make me replay tracks (particularly IRS stuff) in the car so he could try and work out in his head what he was doing. My dad played in blues/rock bands in the 60s/70s and didn’t have a kit anymore at this stage, but if he did I think he’d be definitely trying to learn to play along. He was genuinely fascinated.

Just a bit of an anecdote but highlights how Bill was pretty unique in the rock pantheon and uniqueness definitely adds to a bands sound. Thats just his drumming before you bring his songwriting and harmonies into the mix.

The proof of Bill Berry’s invaluable contribution to R.E.M. is the inconsitancy of the music the band made during their fourteen years without him. R.E.M.'s music was so good for so long when Bill Berry was a member that it would appear as though he was either the group’s most talented member or that the symbiotic relationship between the four men was essential to their artistic output.

“the symbiotic relationship between the four men was essential to their artistic output” – bingo to that.

Yep. And that’s true for a lot of bands. E.g. None of the Beatles’ solo output was nearly as good as what they did together.

I completely agree that Bill Berry was amazing, and a vital cog in the R.E.M. machine. But I find the dismissal of post-Berry R.E.M. a little lazy.

It’s all a matter of opinion, but Up is my favourite album. And I probably like Reveal better than any of the IRS albums. (I can almost hear the cries of “sacrilege!”)

I’ve said elsewhere, context is important when evaluating music. I was 4 when Murmur came out. I discovered it at about 13/14. Loved it then, love it now. But the later albums mean more to me because they were my ‘time’.

Up was released during the first kinda ‘setback’ that I had as adult. It helped me through it, and it means a lot to me. Around the Sun was my ‘college’ album.

It’s hard for me and, I’d suggest, for anyone, to definitively assess the R.E.M. catalogue. Music is so entwined in personal circumstances.

To suggest that there was a huge dip after Bill Berry left is a little unfair in my opinion. But each to their own!

I totally say “to each their own” when it comes to “Berry vs Berry-less”, just like with “IRS vs Warner”. The band changed along the years, that’s a fact. But I myself think they changed often anyway, if not from album to album, as some could argue. Who would say the same band who released Fables would do Out of Time? Or from Automatic to Hi-Fi? Or, god, from Monster to Up?

Yes, they became the three-legged dog when Bill left, and Up is a very different animal from whatever came before, but it’s right there in my top5 R.E.M. albums. See:

And I say all that because I completely agree that music is entwined in personal circumstances. So I wouldn’t call that conclusion lazy, because some people can truly find some radical-for-the-worst change there that I don’t see.

I deliberately used the word “inconsistency” in describing R.E.M.’s post-Bill work because I think it neither dismisses the merits of those five albums, nor denies the reality that there were several ups and downs during those years. For what it’s worth, I personally enjoy a lot of the post-Bill work and am grateful to have it.

My statement was more a provocation in response to this idea that Bill Berry was merely a simple guy around for the ride. This is a cliché you often hear about drummers—most famously Ringo, but also many others. In R.E.M.’s case you have as clear evidence as you’ll ever find that the drummer was essential in the making of great music.

Now that I think about it a bit more carefully, I guess I can concede that there were more downs after Bill left, as in, if I had to refer to “this” and “that” particular low point within songs and quantify them. And I would conclude that 1) they lost a lot when he left, like I said in my OP, so that increase of lows is likely due to Bill’s absence, and 2) the lows went lower.

In another thread here about Up, I said if Bill were still in the band, Up would probably have been a lot better than it already is – and I love that album, but it could have used some editing. That’s the difference he made early on. On AtS and CiN, maybe we can’t even speculate, I guess, but I can fantasize the lows wouldn’t have gone THAT low because there would be another voice there, one that would usually cut the crap.

You can tell I’m a huge Bill fan and I can’t even play drums.

For what it’s worth, Bill was involved in the demo sessions of Up. I believe they had already completed two demo sessions (Hawaii and Georgia) before he informed the band of his desire to retire.